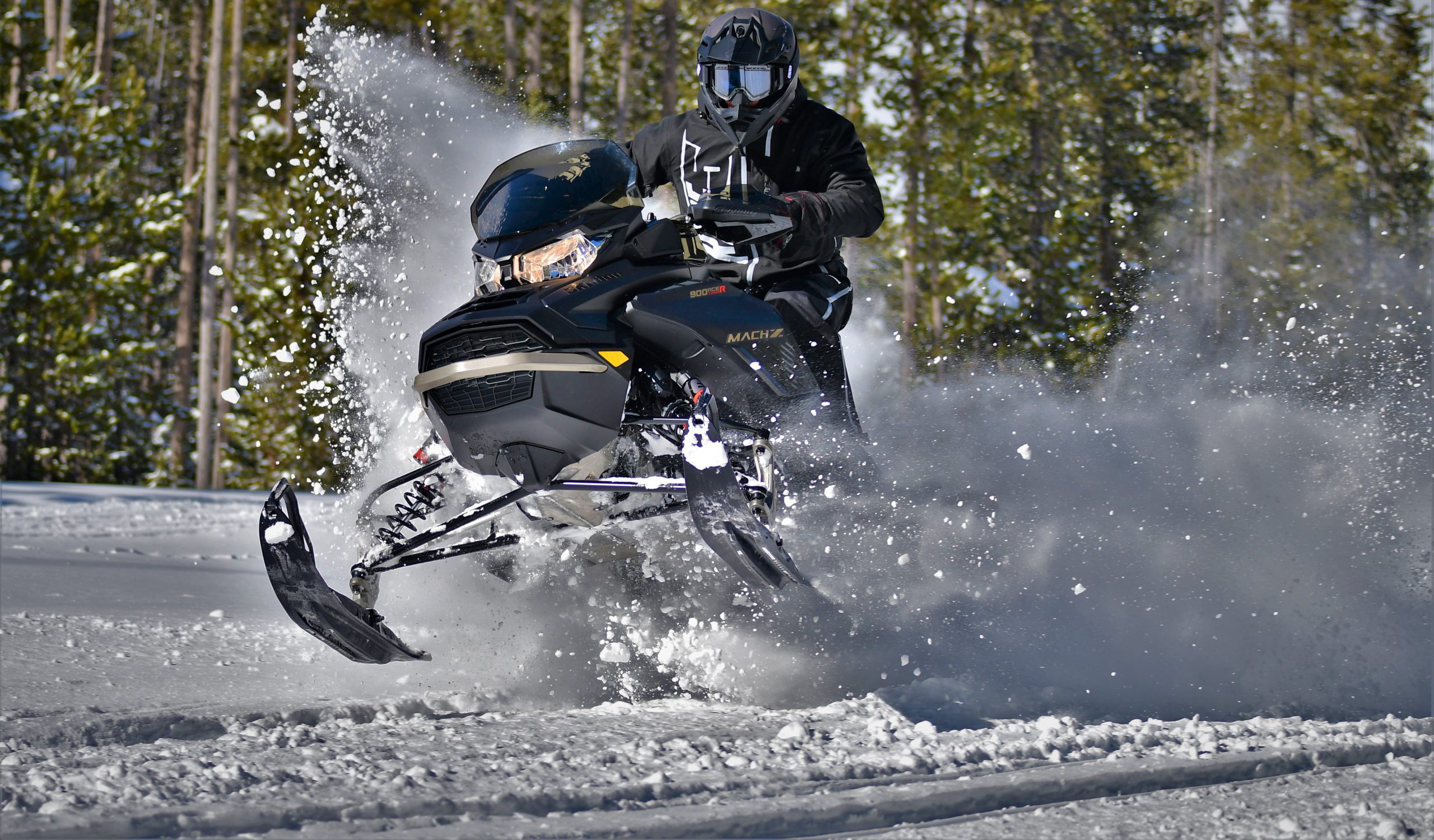 Another year is at our doors and winter is coming. Soon we will wake up our machines like Prince Charming and his princess. Here are my favorites, my princesses of the 2022 season from Ski-doo.

I can’t begin these lines without telling you about THE new product from our Quebec manufacturer without giving you a little lesson in the history of Ski-doo performance snowmobiles. In the past years, each of the major manufacturers have dug up great names to name their new performance models. Yamaha with their Srx, Polaris with their XCR and Arctic Cat with their famous Thundercat. Ski-doo is finally back with their war machine, the 2022 Mach Z offered in limited edition, only in pre-order this spring!

To tell you how Ski-doo is coming back with a complete range, I couldn’t decide which one of my princesses to fall in love with!

The number one princess comes from the great line of Ski-doo performance snowmobiles.

The first snowmobile to go under the Mach name was the 1989 Mach 1. A good old 2 cylinder/2 stroke 583 with rotary valve and Rave exhaust (Rotax Automatic Variable Exhaust). This first generation developed a little less than 100 horsepower.

The second big change in Ski-doo performance snowmobiles came in 1993. This change is so significant that even the name will be altered. Ski-doo will keep the Mach 1 in its catalog, but it is now the new Mach Z that will take over and conquer the lakes! This new generation comes with a 3-cylinder engine of 780 cc, 3 calibrated pipes and 3 carburetors for a jump in power to 150 hp. The evolution forced the Mach Z to change its chassis again in 1998 with its Competition Killer 3 (CK3) and finally in 2005 another major redesign: back to the 2 cylinder 1000cc, RT chassis and 170 hp.

Now, let’s get back to the heart of the matter! After finishing production of the Mach Z in 2007, and after 15 years of absence, the Mach Z is back. The Mach Z now abandons the 2-stroke engine and switches to a turbocharged 4-stroke. In addition to the 180 horsepower, what sets it apart from other models in its class is the standard launch control. Using it for the first time is a little intimidating. The sound of the engine backfiring at full throttle is a once in a lifetime experience. I had the chance to try all the 2022 performance models and I can tell you that this little gadget adds a good 20 hp of intimidation behind the handlebars…

The big strength of the Mach Z in acceleration is its lightning starts. Even with a 20 hp deficit, the 2022 Mach Z comes out of the box with a mean time! A little anecdote and maybe a little advice for power lovers: when testing, try to put the suspension in COMFORT mode for a better transfer at the start. After a few tests in sport mode, a Mxz Xrs 900r turbo without the launch control was faster at takeoff than the Mach Z. Once put back in comfort mode it’s a different story and HP for HP with launch control the Z goes ahead easily !!!

Another strength that sets the Z apart from the competition is its lightweight feel. This model is not a snow-cross, but it is much more versatile, even if it lacks some horsepower compared to the Thundercat and Srx. Is it due to the Smart-Shox system or the fact that this model is lower (1.5 inches) than a standard Mxz? I can’t say, but it’s better balanced and doesn’t feel as heavy as the turbo 4 strokes. The engine tuners will probably come in and give it some extra power. It will be interesting! Launch control, Smart-Shox adjustable suspensions, handling… A whole package.

One last point to note that probably went under the radar for some. Have you seen the Mach Z logo that stands out when backlit? See below the pictures.

Over the years, we got used to new gadgets especially concerning the digital dashboards. We sometimes forget, that back then, the most equipped snowmobiles only gave us the following information: Speed, RPM, engine temperature, fuel level, a main odometer that drops to 0 after 9999km, a high light and a rear brake/injection oil level light. Today, the dashboard is so complete that it is easy to get lost. Take the time to adjust the parameters when you’re stopped, otherwise it’s mission impossible.

Let’s move on to my second favorite, my second princess. If someone asked me which snowmobile I would buy, the answer would be quite difficult! BUT, my collector side and the craze to go very fast on a speedway would tell me to go for the Mach Z. My sporty side, my preference for lightness and handling on the trail and the potential to go fast in the bumps would tell me the MXZ (Renegade) XRS 850. Ski-doo with their XRS and their rMotion X rear suspension and RAS X front suspension, combined with the Smart-Shox and Pilot X skis have really hit the nail on the head and raised the bar even higher on the trail side. Here’s what Ski-doo has to say about the semi-active suspensions.

Smart-Shox actively reads the position of shocks, chassis and throttle data to determine the amount of compression and rebound needed for ultimate control and capability.

Total confidence in every turn

Smart-Shox reads shock position and throttle data to calibrate KYB shocks. The Smart-Shox system adjusts to every turn to eliminate roll, giving you the ultimate confidence in every turn.

Comfort, Sport, and Sport+ offer riders three ranges of suspension compliance. From smooth rides to the ultimate ride ready to take on the roughest bumps in the trail at any pace.

On paper it looks interesting, but how do these snowmobiles perform on the trail with this new technology? Easy answer: incredibly well!!! The only thing to hope for is that these suspensions will be the same ones you will get in production as the ones installed on the prototypes I tested. I have tested different snowmobiles on the same sections of winding trails at the same speed and my first impression with the XRS is to be stopped in a curve and be able to increase the pace. Moreover, the lightness of the 850 2-stroke allows it to get through the curves in an amazing way. It was already good last year, this year it will be difficult to find better.

As an additional note, the suspension adjustment system to switch between the different modes is very intuitive. It’s a 3-position switch that, without looking at the dials and with a simple touch, you can tell which mode the suspension is in. It’s so easy to use that you want to use it often. For example, I used to switch modes between different sections of trails if I saw bumps on the way and then switch back to a comfort mode once I got off the “washboard”… Simple, efficient and fast. 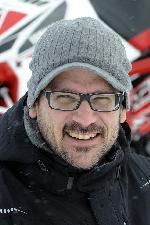