How to avoid the cold 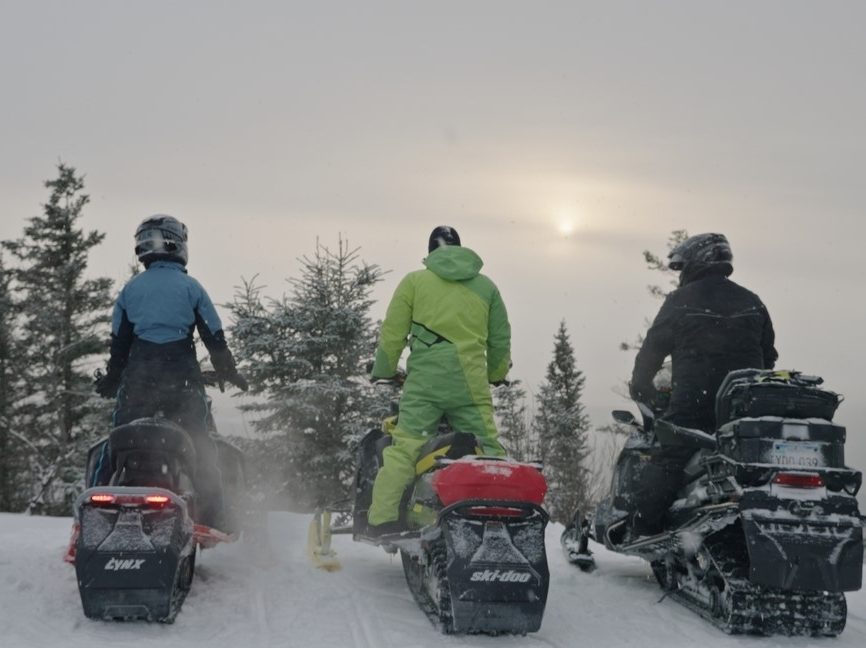 Snowmobiling to be fun should be comfortable and warm. Snowmobiling is uncomfortable when you get cold, but why are we cold with today’s modern gear and snowmobiles? Is it your riding gear or is it your lack of a proper windshield? 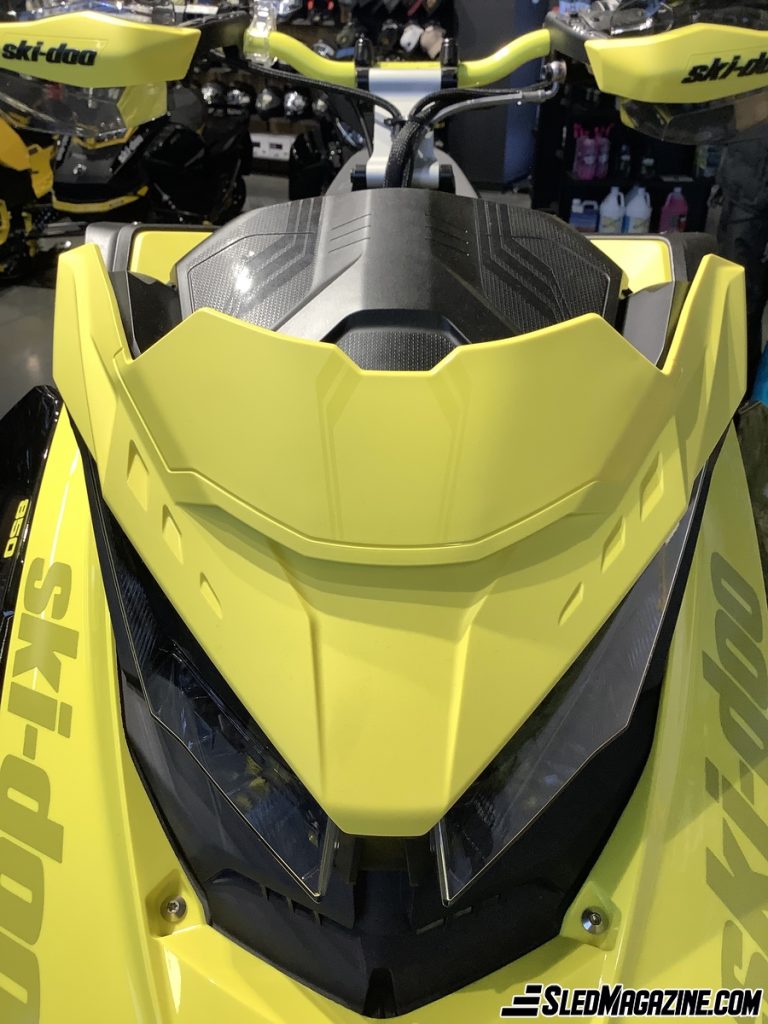 Having the right equipment

At motoneiges.ca we are riders first and columnists second so we have access to many types, styles and brands of riding gear as part of the gig. The four snowmobile OEMs all make excellent riding gear for men, women and often children. The entire snowmobile industry and often your local dealer also has or carries multiple brands of aftermarket riding gear. These many options, as they say, cover all of us from head to toe.

Aftermarket companies like Tobe, Choko, 509 and CKX all produce multiple choices for multiple markets and multiple types of riding. All these companies generally offer multiple helmets, goggles, jackets and pants. Many now have the reinvention of original one-piece suits – now. mono suits. Add in boots, gloves and undergarments or ‘layers’ as they are now called and we all should be warm. All products are usually very good quality, affordability and available close to where many of us live. 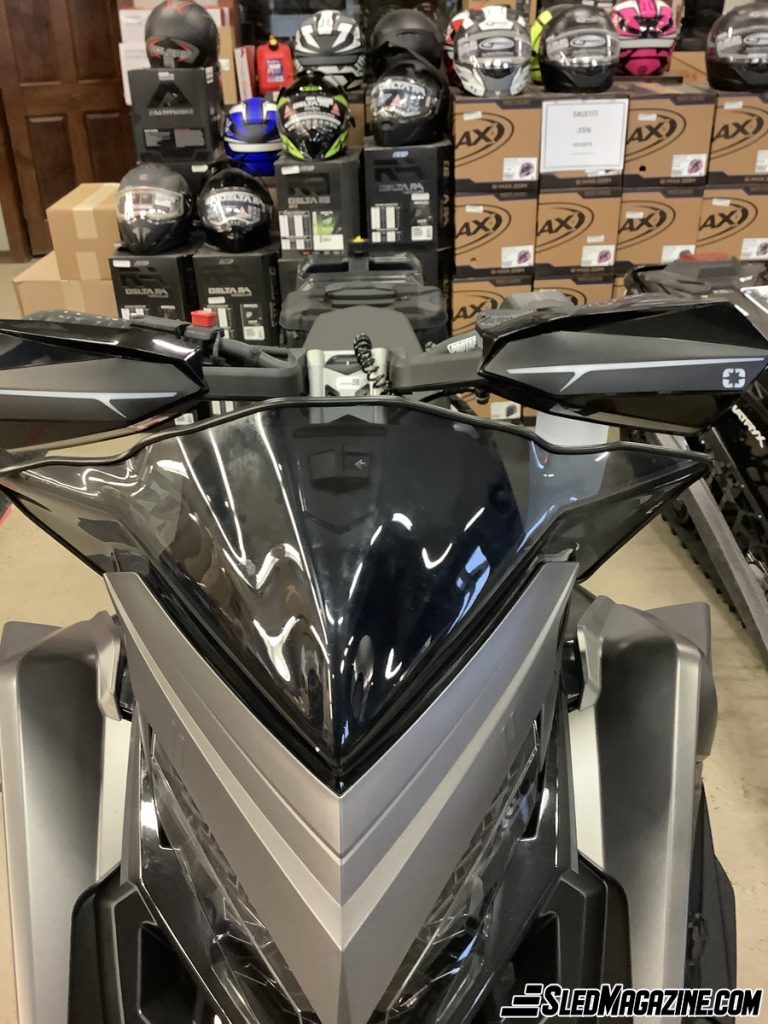 Windshields; it is hard to state that today’s snowmobiles actually have a windshield. Some models and some brands in the last 5 years actually do not come with a windshield any longer. Maybe that is why windscreen is a new recent term because the wind actually flows through the screens I have in my home. Like the new snowmobiles, many offer little to no wind protection any longer.

Windshields – windscreens are available as options and there are a lot of options at a cost. This plethora of options comes in many heights, some with multiple widths and now some that are adjustable. Not like a motorcycle adjustable with electronics but adjustable manually. This functionality covers the “warm” day you ride and the “cold” day you ride. 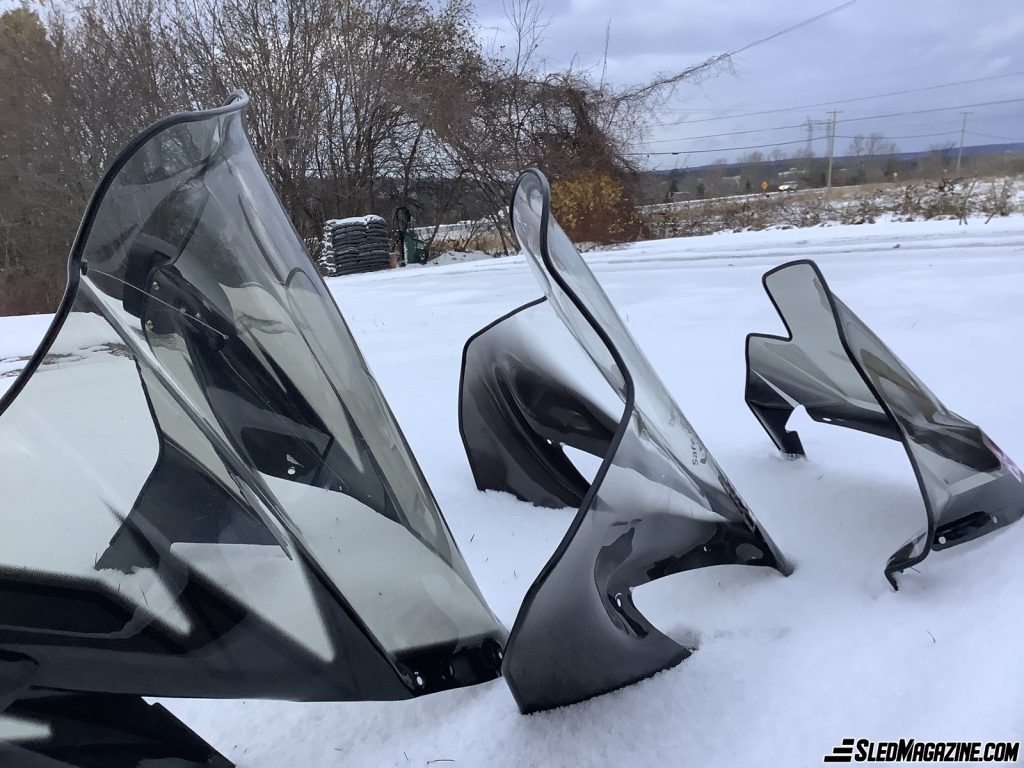 It is fun and exciting to buy new riding gear and we encourage that. Motoneiges.ca will have many rider reviews in 2023 of multiple types and brands of helmets, goggles, suits, boots gloves and layers. Be prepared to switch out your old gear if something we recommend works for you.

But, if you were cold too often in past seasons, maybe the best solution and option is right in front of you, or not.  Consider a new and better windscreen so you are comfortable and warm.

Here are some other articles to read about the cold: 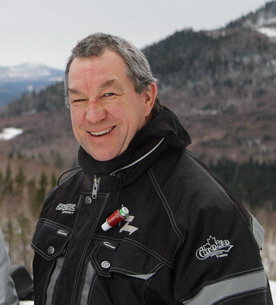 Ross has been immersed in snowmobiles since he was eleven years old; 50 seasons now. He recently retired from from a professional career in the snowmobile industry after 26 years. His snowmobile career began by first volunteering and then accepting the opportunity offered to him by the New Brunswick Federation of Snowmobile Clubs (NBFSC) Board of Director’s to lead them as their first General Manager. He led them for 24 years. Meet Ross and it is instantly obvious that the snowmobile and all things snowmobiling are still an intricate part of his life. His travels, his friendships, multiple business, industry and political relationships all exist throughout North America, because of the snowmobile. The snowmobile, a 1973 Chaparral 292cc Firebird entered when Ross was unable to play organized hockey as a young boy. His Mom, unknown to him convinced his Father to buy the new Chappy in the autumn of 1972. Ross has ridden a snowmobile every winter since and has owned at least one snowmobile of his own since he was 16-years old. He bought his first new snowmobile, a 1979 Arctic Cat Jag 3000 with his savings from mowing grass at the church cemetery and pumping gas at the neighbourhood convenience store. His wife Clare, believes he still owns every snowmobile he has ever bought! At first he was not allowed to leave his parent’s yard but he rode the Chappy so much that he created a track in the snow all the way into his father’s precious lawn. He was then allowed to ride further which he has done almost every season since. Ross has always been adamant that he is a Snowmobiler first and was a Manager second. He knew that his innate knowledge of snowmobiling at the trail, volunteer and user level was valuable and necessary to keep him grounded and helped guide the NBFSC to make better decisions for New Brunswick snowmobilers. Riding was the best way to understand, connect and keep current of the challenges and opportunities. Many winters he rode as many as 10,000 kms of trails in North America. His riding took him to every Province in Canada (except Saskatchewan) and also into seven U.S.A. States. His personal favourite rides have been in the Black Hills of South Dakota, the Gaspesie of Quebec, and New Brunswick’s Christmas Mountains. Retired now, he rides primarily in New Brunswick, Quebec and the off trail roads around his camp in central New Brunswick. Ross has had a NBFSC Trail Permit since 1993 and a FCMQ Trail Permit since the early 2000’s. He looks forward to sharing his insights, opinions and travels with our readers and followers from the snowmobile trails of primarily New Brunswick and Quebec.
Toutes les publications
PrevPrécédentLaurentian Park Trail TQ 23-R368
SuivantThat first ride feeling 2022Next
Gérer le consentement aux témoins
Pour offrir les meilleures expériences, nous utilisons des technologies telles que les témoins pour stocker et/ou accéder aux informations des appareils. Le fait de consentir à ces technologies nous permettra de traiter des données telles que le comportement de navigation ou les ID uniques sur ce site. Le fait de ne pas consentir ou de retirer son consentement peut avoir un effet négatif sur certaines caractéristiques et fonctions.
Manage options Manage services Manage vendors Read more about these purposes
Voir les préférences
{title} {title} {title}