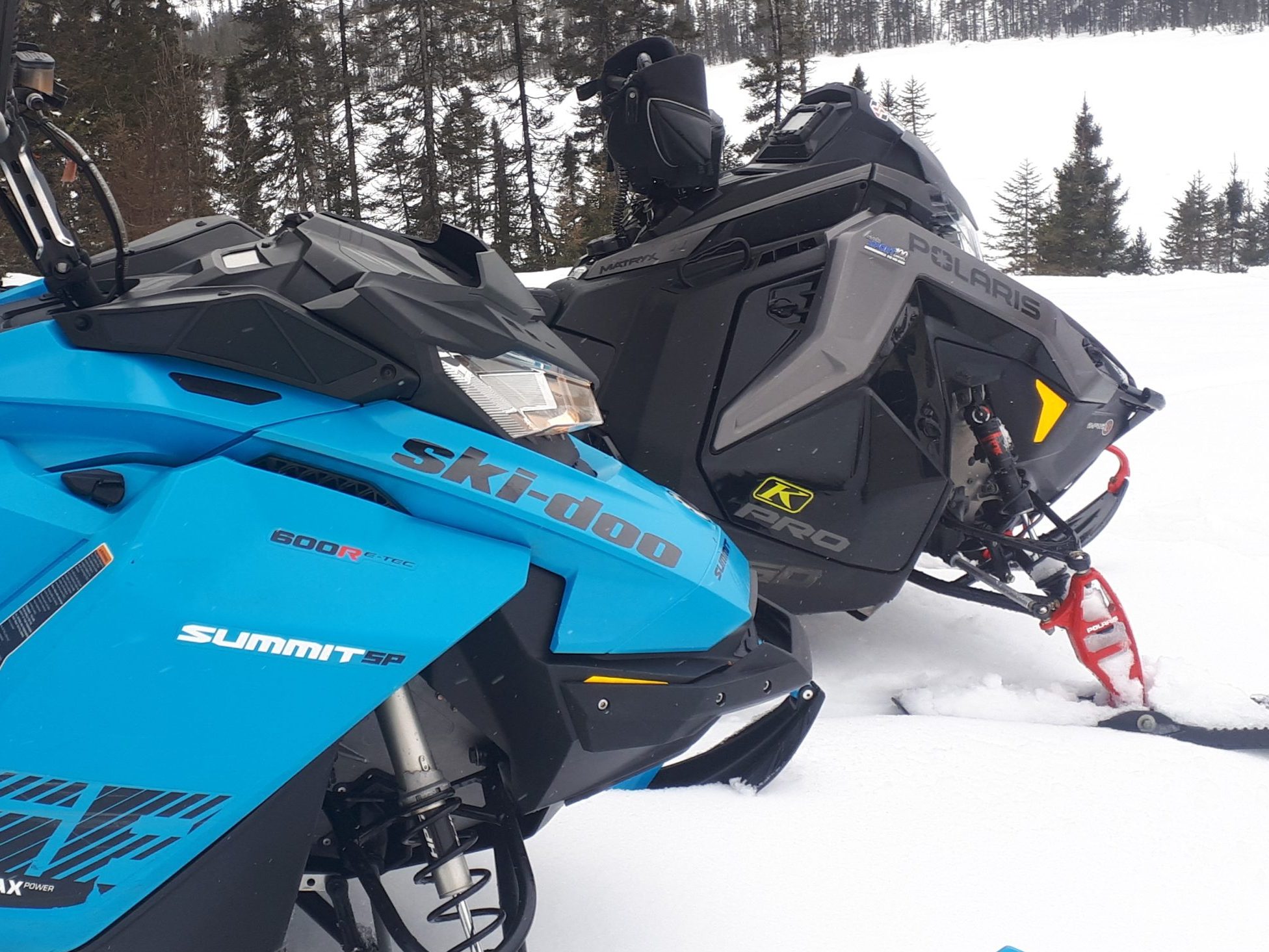 For cottage owners and off-trail enthusiasts looking for a low-cost machine, Polaris and BRP offer a snowmobile from their fleet that offers diversity, economy, reliability and performance! The technological prowess of the last decade allows these two manufacturers to deliver a versatile machine with enough heart to reach all the peaks of the Quebec landscape.

The die is cast between these two test models!

In order to be as objective as possible, I would like to reassure our readers that, as a test rider, I tested both machines for several hundred kilometres before writing a report. Both were equipped with 154″ 2.5″ tracks for the Summit and 155″ 2.6″ tracks for the RMK.

Often denied by performance enthusiasts, I believe there is a false belief and a certain denial towards the 600/650cc class. The proof is that BRP has removed the Summit SP 600 R from the 2023 models. And yet, you really have to try them to realize that the fun and performance are there.

Lighter than their 800/850 cc counterparts, the BRP and Polaris light machines are less prone to internal heat from mechanical components, which gives them a gain in longevity and reliability. Another fact to note is that the resale value for 600/650 users raises the price of these machines due to their rarity.

The 600 R E-TEC develops 125 hp versus about 135 hp for the 650 Patriot from Polaris. The performance of the Polaris Matryx chassis is known to allow for better deep-snow riding since the Gen4 platform will tend to dig its way in and get stuck. In addition, the Summit sled’s snow evacuation is not as good as the POPO. Therefore, this adds weight to the sled.

Nose to nose, the combination of the Matryx Pro RMK 650 chassis definitely offers better performance for the mountain purist and will get you where you want to go! The power curve of the 650 Patriot is so impressive that it is comparable to the 800cc class. The handling is so lively and dynamic that it takes several rides to master the tight curves of the off-trail Matryx chassis. Overall, the engine and sound of the Matryx are heavier and rougher, while the Summit’s are smoother and less jerky.

As for the Summit, it wins for its stability in semi-mountainous woods as well as on federated trails to get to the cottage, for example. The fuel economy of the 600 R E-TEC is also unbeatable. Gen 4 chassis and handling also make the Summit an ultra-reliable cottage family machine. The engine is incredibly smooth and purring, so vibrations don’t travel to the handlebars or footboards. 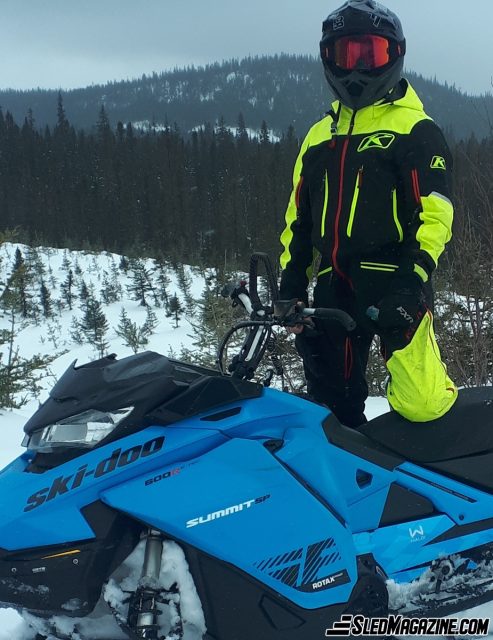 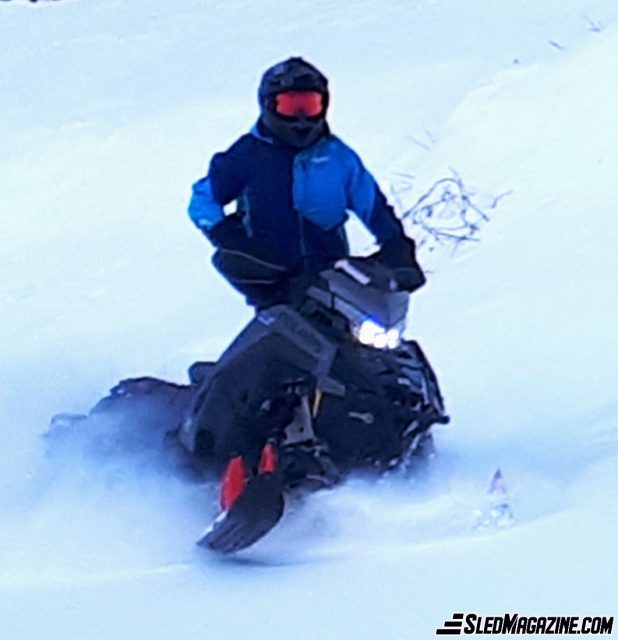 The HPG suspension setup of the Summit SP with oil or Walker evans of the RMK is fine up to the intermediate riding level. The Summit is supple and handles quite well on the trail for a mountain machine. However, the suspension could use refurbishment for better performance. The Summit’s front monotubes quickly become obsolete when pushed through jumps and bumps.

The Polaris Pro-Rmk features larger Walker Evans gas monotube shocks that are much firmer and of better quality. These shocks will provide better performance than the Summit’s HPGs.  However, in my opinion, these are entry-level shocks! If your budget allows, you can upgrade the original set to shocks with external reservoirs. The cost for this upgrade is about $3500 which is not insignificant.

In freezing weather, both engines are almost flawless. I mention this because the Polaris emits a lot of gray and brown smoke during the first few minutes of cold starting. While this is not damaging to the mechanics, the Matryx owner will also have to be careful with the Quickdrive belt, which has a tendency to be frozen in the ice at the bottom of the breakdown (protective cover).

The good old rubbing hammer is handy for mechanical de-icing components such as suspension and undercarriage. In addition, the side panels of the RMK tend to bulge due to the accumulation of snow entering the cabin and lodging in the protective foams of the panels. This turns the foam into ice and freezes the panel attachment and locking mechanisms. 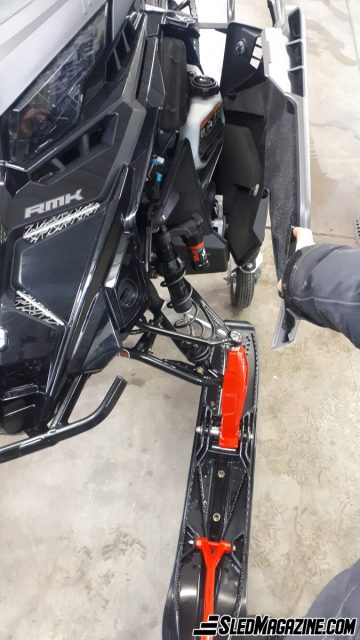 The Shot BRP light starter has been the dream of many Polaris owners since its release. Off-trail riders know all about it from having to restart the engine dozens of times in a day! Considering that the weight of a conventional starter/battery adds about 18 lbs, it would be interesting for Polaris to offer the Shot innovation that only adds 2-3 lbs.

Although it is difficult to decide which is better between these two machines, I would say that the larger body of the Summit makes it a less responsive engine, but more predictable than the Pro-RMK. The P-drive transmission lags somewhat behind the Polaris P-85 in sharp acceleration and makes the RMK 650 better suited for steep hills.

The Matryx chassis is also easier to lay down and will better adapt to the sidehill and the famous different tricks we all try to do. However, the Summit 600 R E-TEC is a smooth, fun-to-ride snowmobile for valley and logging road powder enthusiasts and is well suited for Quebec winters. The E-TEC technology is state-of-the-art and works well with the GEN4 chassis. 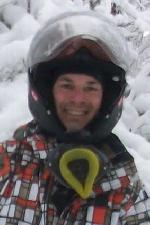