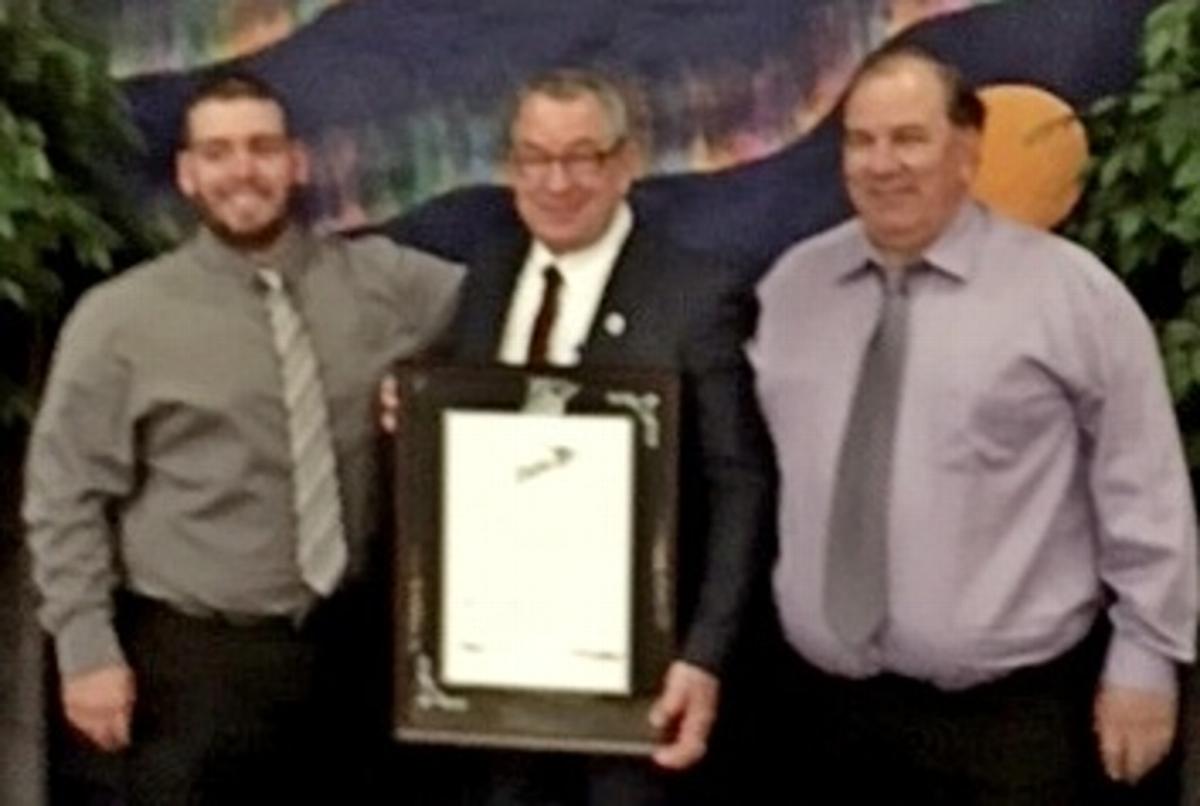 Ross Antworth, NBFSC General Manager, joined the NBFSC as a volunteer Club Vice President in the spring of 1995. Within a year he became Keswick River Trailblazer’s Club President and was also elected in 1996 as the NBFSC’s Zone 4 Director to the Provincial Board. On August 5th, 1997, Ross resigned as a snowmobile volunteer and accepted the offer of the NBFSC to become their General Manager, a position he holds today.

At the 49th International Snowmobile Congress in Winnipeg, MB on June 10th, 2017 Ross received one of the most prestigious awards granted in the entire snowmobile industry from the Iron Dog Brigade. Ross is the recipient of the George Eisenhuth Award for 2017.

The George Eisenhuth Award, formerly known as the Distinguished Service Award, is awarded alternately between Industry representatives and representatives from the user ranks.  The purpose of the Award is to recognize individuals who have distinguished themselves in furtherance of snowmobiling as a fun family sport. It has been awarded since 1980, with 39 recipients up to 2017. Ross is only the 5th Canadian to receive this distinction amongst his peers in the snowmobile industry.

Some of the other past recipients of the George Eisenhuth Award are a history book of the snowmobile industry since its earliest beginnings; Edgar Hetteen, founder of modern day Polaris and Arctic Cat, Laurent Beaudoin,  the CEO for many years at now BRP Ski-Doo, Ed Skomorah, retired Vice President of Sales & Marketing  with Polaris and Marlys Knutson who led Polaris’ snowmobile marketing efforts until just this past season, John Ehlert of publishing fame with Sno Tracks, Snow Goer and Snow Week, Richard and Audrey Decker of the Wisconsin family racing fame from the height of snowmobile factories “Sno-Pro” and still (the family) site of the annual Snowmobile World Championships at Eagle River, WI,  Ed Klim, President of the International Snowmobiler’s Manufacturers Association for over two decades and Roger Skime of Arctic Cat, inventor of every snowmobile’s modern day slide rail suspension and still the active Vice President of Engineering – Snowmobiles with Arctic Cat today.

Ross is also the only New Brunswick snowmobiler (and one of a few Canadian snowmobilers) to be a member of the prestigious Iron Dog Brigade; he was inducted in 2014 by Kay Lloyd, Past President of the American Council of Snowmobile Associations. First of all, what is an Iron Dog?  Well, back in 1960 a guy named Edgar Hetteen took a ride across Alaska on a new contraption called a Polaris snowmobile. When the indigenous peoples saw it, they promptly named it an”Iron Dog" because it did the work of their dog teams and the term began to be a popular name for snowmobiles.

Ross began snowmobiling in the autumn of 1972, his family had purchased a new Chaparral 292cc Firebird. Ross has snowmobiled every winter since then, now 45 consecutive seasons. He has served the NBFSC first as a volunteer and now as our General Manager for over 22 years combined. In this relatively short time frame he has touched, influenced, created, modified and led every facet of the NBFSC. Our growth, recognition and success with the volunteers, Provincial and Federal Governments and his peers in the entire snowmobile industry was duly recognized by the most prestigious of awards. 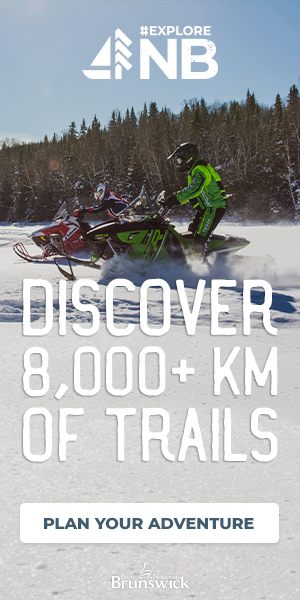