Residents, officials at an impasse over park use.More than 100 supporters cheered, clapped, and hollered their approval as some 60 snowmobiles topped the bank of the highway running through Terra Nova National Park, just west of Charlottetown, on Sunday afternoon.

The riders crossed the road and entered an old logging path.

It was a protest run to let the federal government know residents of Charlottetown want a snowmobile trail to access areas outside of the park.

It wasn’t until Wednesday evening when a group of Charlottetown residents gathered at the community fire hall that the group was told Peter Kent, federal Environment Minister, had agreed to meet with residents.

In a media release circulated by the community, residents said they were pleased with the agreement to meet and are looking forward to discussing the isues with Kent.

Scott Simms, Liberal MP for the riding of Bonavista-Gander-Grand Falls-Windsor, told The Packet yesterday, he has met Kent but hasn’t received a response as to when the meeting will occur.

The community is the only one inside the park. It is bordered on all sides by National parks land, and park rules and regulations.

Residents of the small community have been fighting nearly 40 years to see some changes to the regulations. Frustrated with getting nowhere, they decided this course of action – which they termed a peaceful protest – to push the point.

The day started out with people showing up from across the region and unloading their snowmobiles. People from Port Blanford, Eastport, Salvage, Sandringham, Glovertown and St. Chads joined the protest. 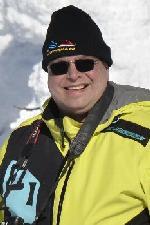