Over the last few years, Ski-Doo has gotten us used to introducing new suspensions that have redefined the snowmobile industry standards. The most recent were, of course, the rMotion/RAS and rMotion X/RAS X combinations. But we also had the tMotion as well as the cMotion, to name a few. There was a lot of talk about new geometries to explain the prowess of these suspensions.

This time, by introducing Smart-Shox technology, Ski-Doo takes us into a whole new dimension! Of course, for 2022, the manufacturer is taking advantage of the impressive rMotion X suspension that it introduced in its 2021 range. In fact, with the Smart-Shox, compression and rebound damper adjustments remain optimal in real time. This is where snowmobilers’ wildest dreams come true: To have suspension adjustments that remain optimal regardless of the type of terrain, trail imperfections, the snowmobile position, and ultimately our riding style. This is the promise Ski-Doo makes to us for snowmobiles equipped with this system.

How does it work? 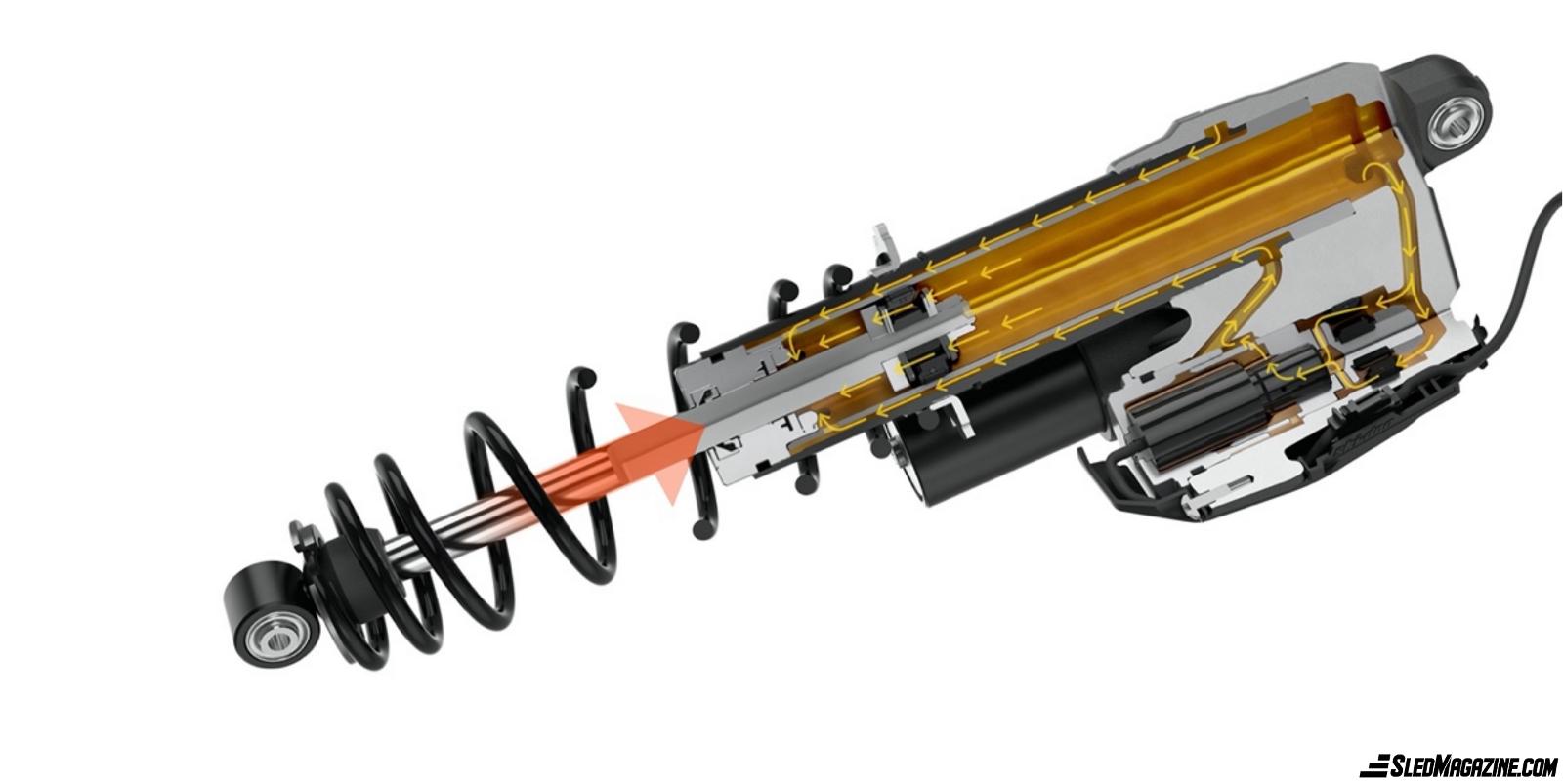 Then, 50 times per second, a system calculates the optimal adjustments that each of the shock absorbers should have at that moment to control the chassis dynamics better and deliver the best possible performance.

What difference does it make?

The Smart-Shox suspension’s positive effects are multiple and facilitate the machine’s control and thus minimize the efforts (inputs) of the rider.

This minimizes the rolling and outward plunge effect by keeping the vehicle in a horizontal position in tight turns. To achieve this, the shock absorber of the outer ski will stiffen while the inner one will soften, thus fighting the effect of plunging outwards. The skis then remain in good contact with the ground, maximizing traction. It is, therefore, easier to keep a good line when negotiating winding courses.

Then, during jumps (voluntary or not), the Smart-Shox suspension will detect that the snowmobile has left the ground, calculate the time of flight (it’s funny to write that), the rails’ angle and adjust the shock absorbers to prevent them from hitting bottom. The landing will be smoother, minimizing the bounce effect and allowing the driver to keep control of his mount more easily.

These are just a few examples where the Smart-Shox suspension will improve your snowmobile rides’ control and comfort.

Finally, the driver will be able to choose from three modes: Comfort, Sport and Sport +. Each of these modes will offer different adjustments according to the desired smoothness. With the Smart-Shox, rides should be more comfortable and require less effort. The level of fatigue after a long ride will be all the less. 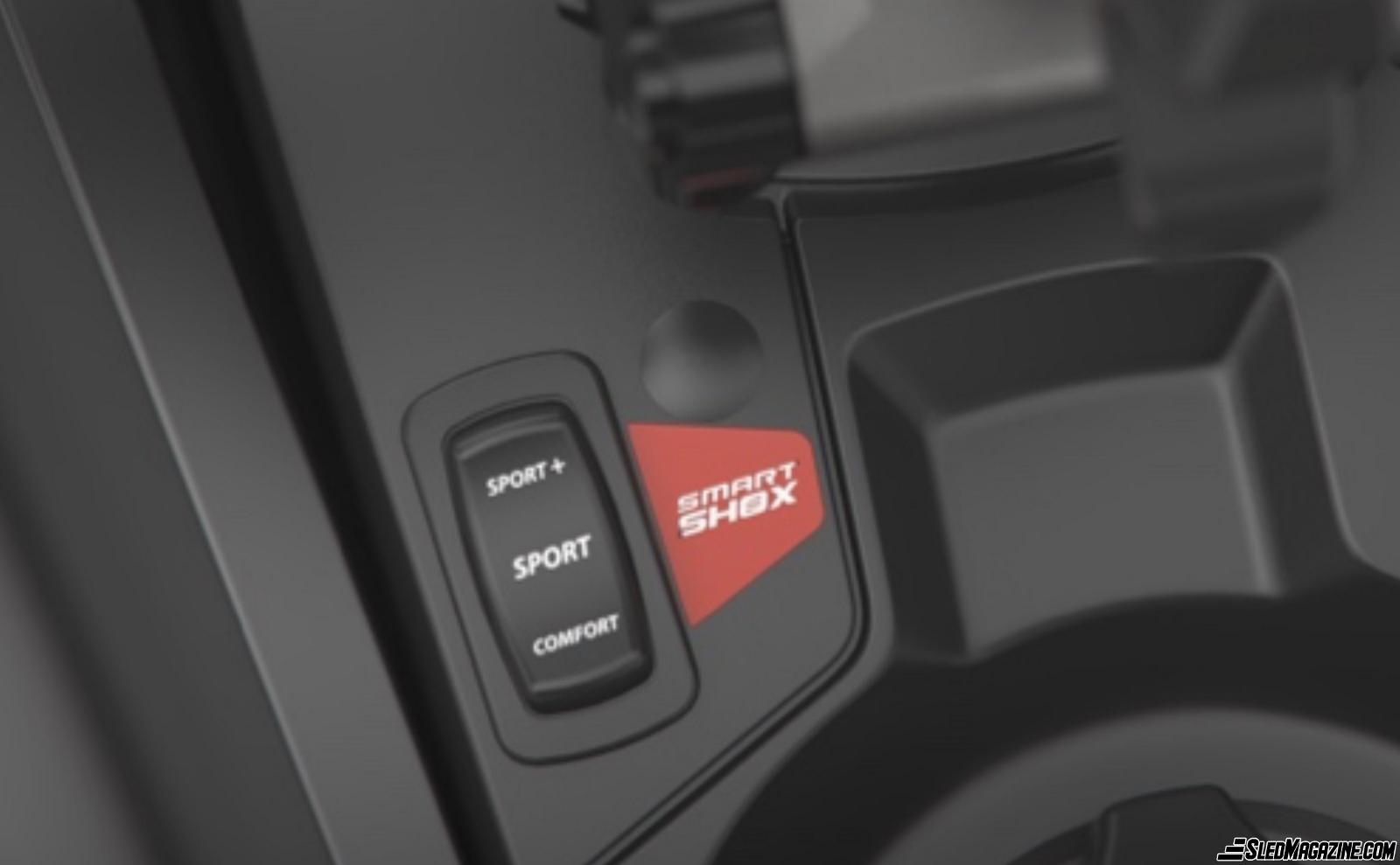 Rest assured that the SledMagazine.com team will give you its impressions over the next few weeks following the first tests carried out by our team.

In closing, I would like to remind you that this system is offered exclusively during Ski-Doo spring fever and that for the 2022 models, the deadline to order a snowmobile for spring purchase is March 31, 2021.