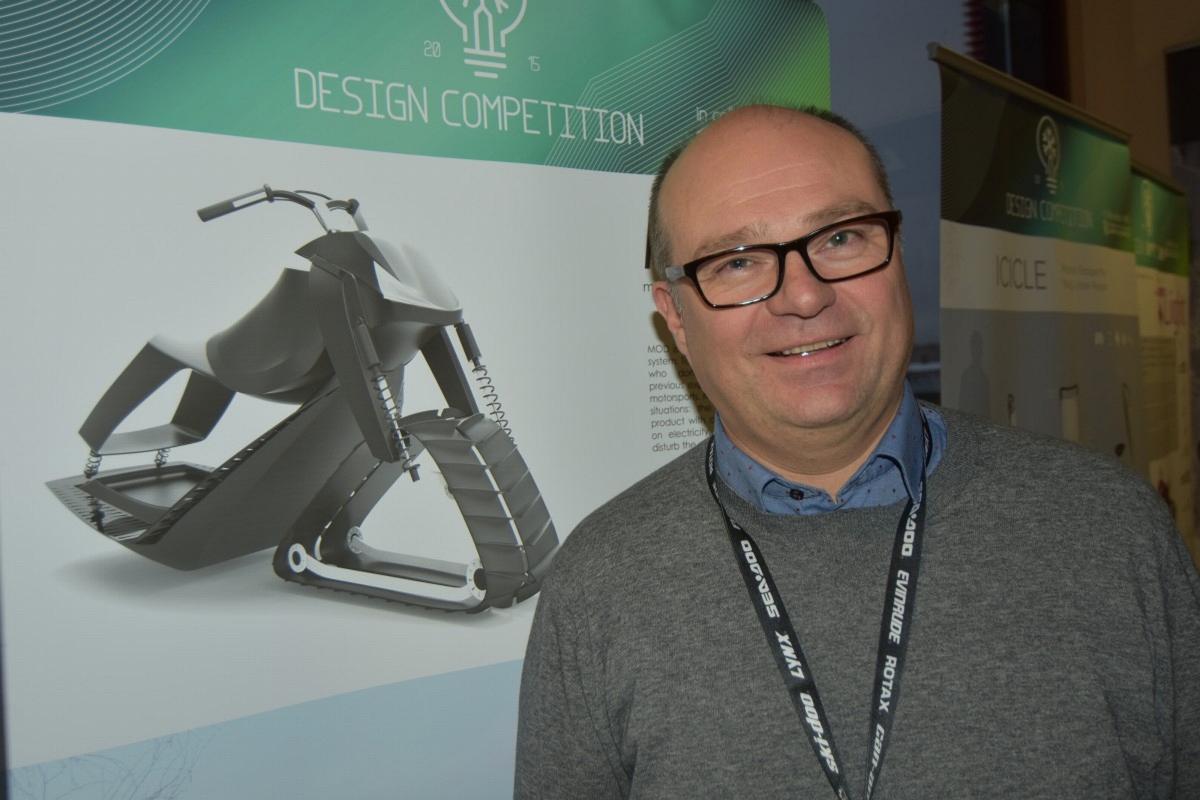 Imagine the silent ride through the frost and snowy nature under the Northern Lights in Lapland. We are ready to produce electric snowmobiles when the market is ready, says Risto Perttula, Research and Development Director with BRP.

«Conditions are very challenging with frost and snow, but we are ready when the market is ready,» says Risto Perttula to the Barents Observer.

BRP produces Lynx and Ski-Doo snowmobiles for the Scandinavian and Russian market and is the largest private company in Rovaniemi, northern Finland.

In its production hall, hundreds of employees ensemble the 2018 models. BRP does not allows for photos inside the production facilities just outside the centre of Rovaniemi, but the assembly line reminds more or less of car production lines. Although in a smaller scale. Today’s goal, visible on a huge screen, is 97 units.

Today, all snowmobiles built in Rovaniemi have combustion engines. Noisy, smelly and powerful when driving through the snowy landscapes of northern Europe. Whether it is for work, pleasure or tourist safaris.

At first, an electric snowmobile sounds a bit odd. Frost and lack of chargers in the wilderness, how can that be combined with battery-power?

«Conditions are very challenging. Temperatures is one thing, range another. You have to be sure that the driver gets back also,» explains Risto Perttula.

«But the technology is there, we have already built two prototypes in cooperation with Lapland University of Applied Sciences,» Perttula says.

His division is located covered glasses with no insights. BRP knows that the future is electric. The challenge, however, is the costs.

«Costs are too high today. Batteries will make such snowmobiles more expensive than traditional ones with combustion engines,» says Valto Ristimella, Commercial Director with BRP Finland.

He elaborates: «Then you have the challenges with chargers. There has to be some kind of safe ways to charge electric snowmobiles. If the driver runs into flat batteries in the wilderness, how to get home?,» he asks rhetorically.

Valto Ristimella admits there is a huge potential market for electric snowmobiles in fast growing tourist industry in Lapland. Every winter, tens of thousands of Europeans and Asians fly into northern Finland to experience the sound of silence.

In January, the next set of electric snowmobiles currently under production, will be ready for real-life testing for ski-resorts and safaris.

The company admits that there are still years ahead before the snowmobile industry can run fully on batteries. The ten snowmobiles to be tested this winter have a limited range of 50 kilometres.

Valto Ristimella with BRP says prices on batteries has to come down.

In the corridor outside the production hall of BRP, posters indicates where the future is heading. Rollups with design-studies tells the direction. All snowmobiles on the posters have electric motors and a package of batteries to power them.

Like electric cars today, battery powered snowmobiles will also have computer technology linked with GPS trackers telling the driver the statues of the remaining range, where to turn, how limit the speed and other features making the ride safe. If used in tracks on a fixed route for tourists safaris, guides and computer technology will make sure the batteries last until safe destination.

Imagine the advantage tour operators offering green-tech, silent rides under the Northern Lights will have compared to the current noisy fossile-fuel options.