Is snowmobile a nuisance to deer and cottontail rabbits ? 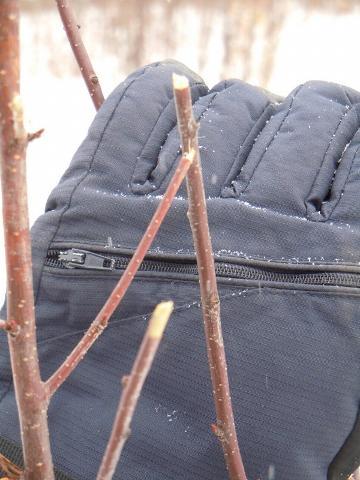 This is an interesting question for many people and it deserves an answer based on official studies.  We did some research because we hear and read so many comments on this issue; sometimes, the statements are false and they may be used to tarnish the image of our snowmobiling sport. The trail network in the Province of Québec passes through many white-tailed deer yards and in many regions, we come across the animals right on trails, on the side of trails or in fields.

Deer track on trails in Mauricie.

In winter, the white-tailed deer usually eats brushwood and finds protection against strong winds in softwood areas.  Even if their population grows in various regions like in Mauricie, Centre-du-Québec, Laurentides, we meet them mostly in Outaouais and in Beauce regions.  Among others, in Beauce there are 3 main yards that are crossed by snowmobile trails :  the yard in St-Georges on Trans-Québec trail #75, the yard in St-Gédéon on trail #580 and the yard in Amstrong, close to the border leading to Jackman (, ).  It is almost impossible to ride on these trails without seeing deers or their browsing area.

Brushwood eaten by deer and moose that move easily on hard pack trails. 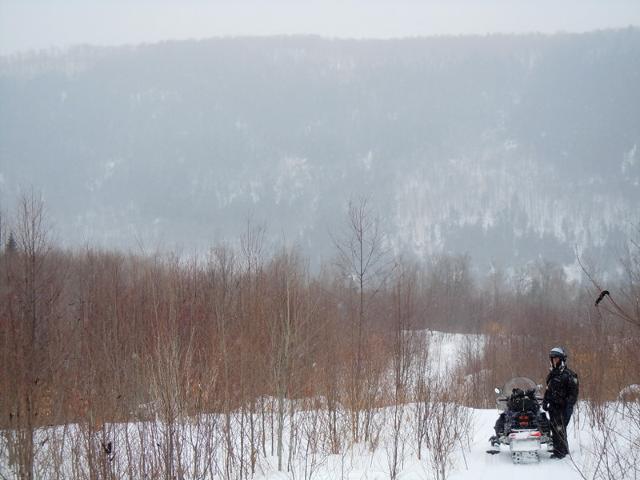 Our snowmobile are more silent than ever.  So, do we really bother the wildlife?

Here is what the scientists have to say about this.

Dr Andres Soom, from the , participated in the three-year study on the effects of snowmobile sound levels on deer and cottontail rabbits.  His report entitled «Emission, Propagation and Environmental Impacts of Noise from Snowmobile Operations», concluded that «only minor reactions were noted in the movements of cottontail rabbits and white-tailed deer to moderate and intensive snowmobiling activity».

Dr Soom stated that it has been impossible to determine sound levels at which deer clearly react «because snowmobiles must be so close to deer to generate the higher levels that other factors such as visible presence are likely to be more important».  The study also compared the reaction of deer to the presence of cross-country skiers.  When snowmobiles are replaced by cross-country skiers on the test trails, the deer moved away from the trail more frequently.

A three-year study entitled «Response of white-tailed Deer to Snowmobiles and Snowmobile Trails in », conducted by wildlife scientists for the Maine Cooperative Wildlife Research Unit and the Maine Department of Inland Fisheries and Wildlife, indicated that :

«Deer consistently bedded near snowmobile trails and fed along them even when those trails were used for snowmobiling several times daily.  In addition, fresh deer tracks were repeatedly observed on snowmobile trails shortly after the machines had passed by, indicating that deer were not driven from the vicinity of these trails.  The reaction of deer to a man walking differed markedly from their reaction to a man on a snowmobile.  This decided tendency of deer to run with the approach of a human on foot, in contrast to their tendency to stay in sight when approached by a snowmobiler, suggests that the deer responded to the machine and not to the person riding it.»

In a study entitled «Snow Machine Use and Deer in Rob Brook», conducted by the Forest Wildlife Biologists of the in , snowmobile activities and  deer movement were observed.  A summary of the study indicated that deer movement were not affected by intensive snowmobile traffic.  Also, continued use of the actual trails has been recommended in this park.

The published a study by Mr Michael J. Dorrance entitled «Effects of Snowmobiles on White Tailed Deer».  The conclusion was that there was no significant difference in the deer’s home distribution between periods of snowmobile activities and non-activities.

Mr Jack Anderson, a former Ranger at the , declared :

«We found that elk, bison, moose, even the fawns, wouldn’t move away unless a machine was stopped and a person started walking.  As long as you stayed on the machine and the machine was running, they never paid any attention.  If you stopped the machine, got off and started moving, that was a different story.  The thing that seemed to be disturbing to them was a man walking on foot.»

After all these studies, we must conclude that snowmobile does not seem to be a nuisance to deer and cottontail rabbits and that they are more affected by humans walking and even by cross-country skiers.  Maybe these studies results put in the wrong hands of eco-freaks, will build up an action to ban walkers and cross-country skiers from forests where deer and cottontail rabbits live!  It is sad, but animals are able to adapt to some situations easier than some human beings can.  This adaptability demonstrates that some persons are much less tolerant than deer and cottontail rabbits, even if they are supposed to be descented from the ape.  Once again, it shows that human beings and animals do not all share the same abilities and that some are weaker than others.

What do you have to say about that ? 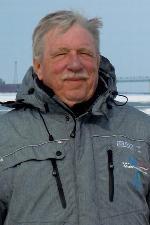