First look and trials on Yamaha 2011

Many rumours are already running about the 2011 180 HP models ?  New chassis ? New suspension?  In short, as every year, fans have great expectations from the manufacturers.

Yamaha invited us for a trial ride with a 2011 model.  We were very surprised that the Yamaha people let us test a sled, without telling us the model and specifications, so it would not influence our judgment.  Good idea…

So, at first, it seems to be an Apex (See picture above); some small differences are clearly visible: the back seat shape, with a new lateral profile, the exhaust exits that are a little closer (See picture below).  The front side panels also have a new shape .  New full composite skis and a new gauge design also draw the attention… 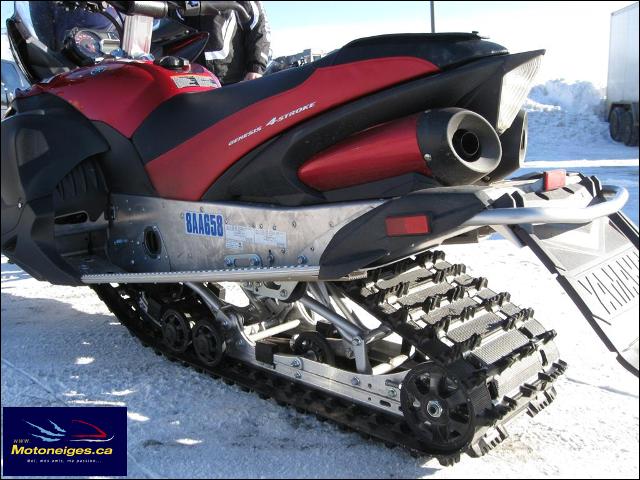 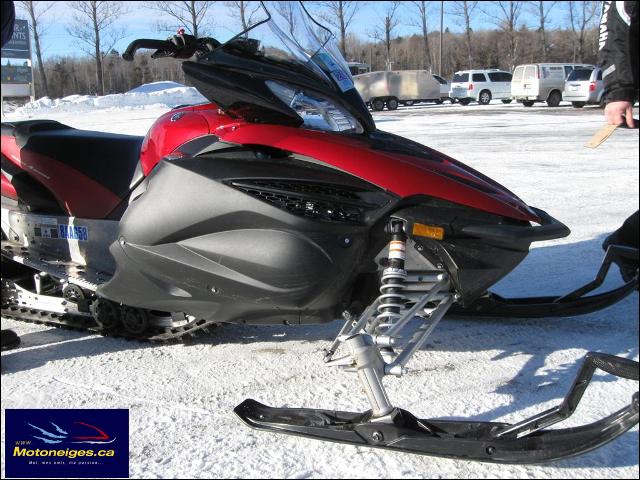 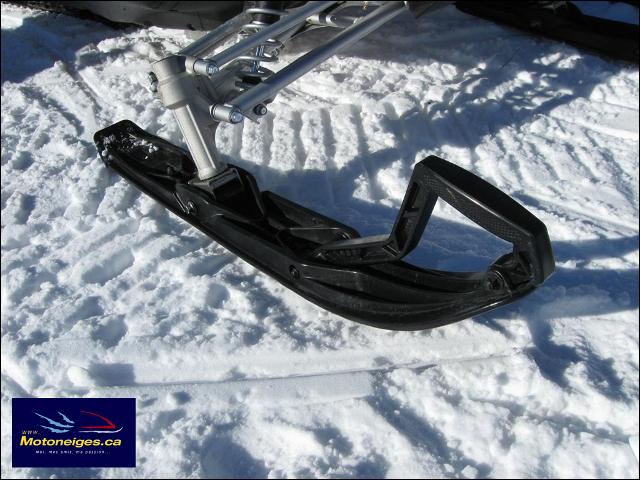 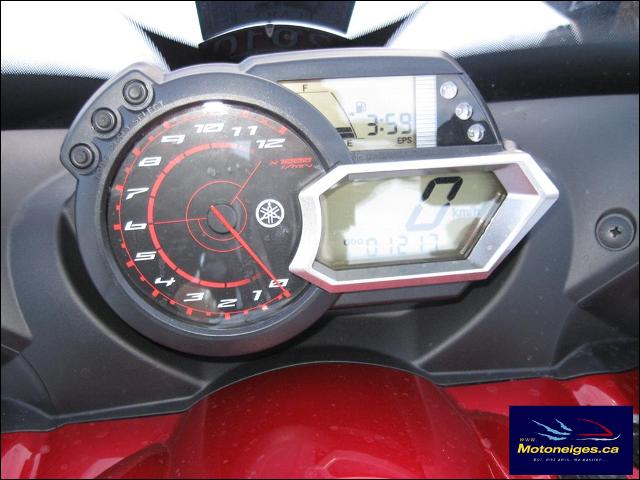 Even before we tested the machine, a few items indicate that weight has been reduced:  the top front swing arms are smaller than the ones of previous years.  The front shock absorbers do not have a piggyback reservoir anymore 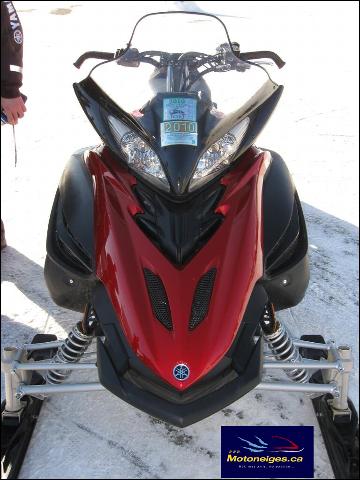 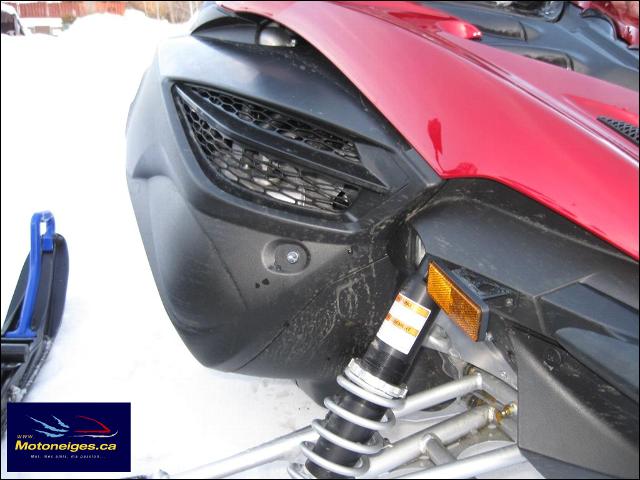 After looking at the rear suspension, we can see that the track is longer than a 121 inch edition, but shorter than 136.  Since we have a F-7 among our riders, it is very possible that this is a 128 inch track…  Look at the points of fixation and the new plaque that make it possible to keep the same tunnel but also make it possible to back up the rear point of fixation of the suspension. 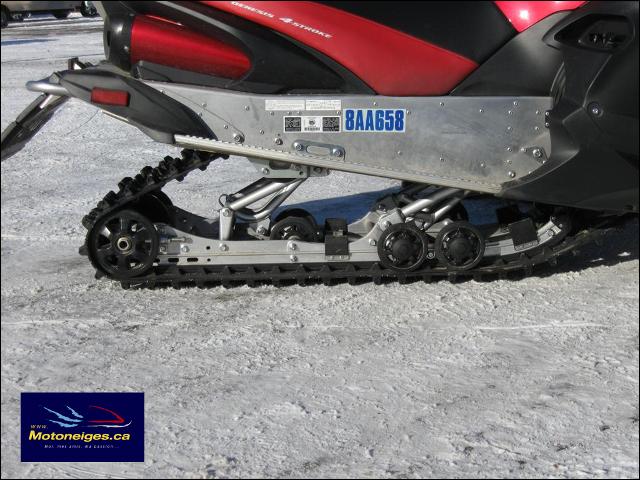 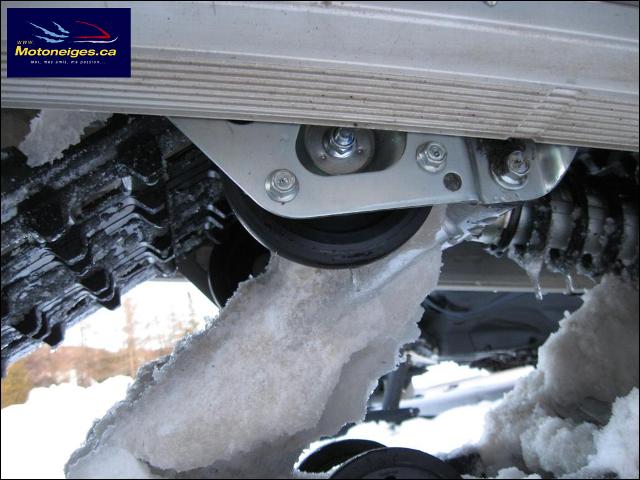 Right at the startup of the engine, we can hear a more profound sound.  Is it only the fact that the exhaust exists are different? Is it a new engine size?  Or a different engine configuration… To be followed…

In trail, a point is easily noticeable:  the lightness feeling…  The handlebar is so easy to turn that it takes a few minutes to get used to it.  The power-steering rumours seem more and more truthful…  But we were not allowed to lift up the hood, so they remain rumours… You have to diminish the arms gestures for a few moments because it is a lot easier to change direction quickly without any effort.  Those who like to have much weight on the skis but sadly must endure the consequence to have a machine physically tough for the shoulders, will be satisfied!

Another remarkable point is the responsiveness at low and medium engine speed.  Is it the calibration or a few more HP…??  But it is easy to notice that the performance has been improved, the acceleration is powerful as well as the responsiveness at the exit of a turn.  The engine reaches very quickly 10 300 RPM without any hesitation… Thus on short distances…  Small point to observe: a 91 octane fuel is recommended… 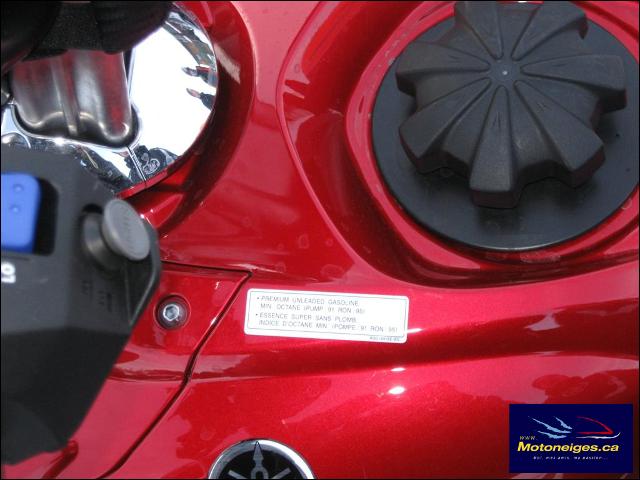 Now, let us talk about the performance in bumpy trails.  We had many types of conditions all along the 165 km we rode.  At the end of the day, in the bigger bumps, this sled performed well.  We did not have the feeling to be projected in medium speed and even if the front shock absorbers seem smaller, they work very well.

The only negative point remains the comfort in small bumps; the rear suspension was too rigid to react with smoothness…

In short, this Yamaha new way of working is very interesting; we are not satiated and ask for more because of course, it was forbidden to make performance tests in trails.  So, we stay on impressions.  Without any doubt, this snowmobile has been nicely improved compared to the previous years models.  If we talk about general handling and performance… The date fixed to get the specifications is February 2, 2010.  Mononeiges.ca will be happy to give you this information.

Many thanks to Yamaha for their invitation and more particularly to John, our host for the day. 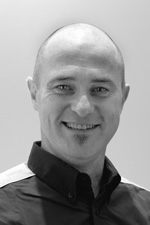