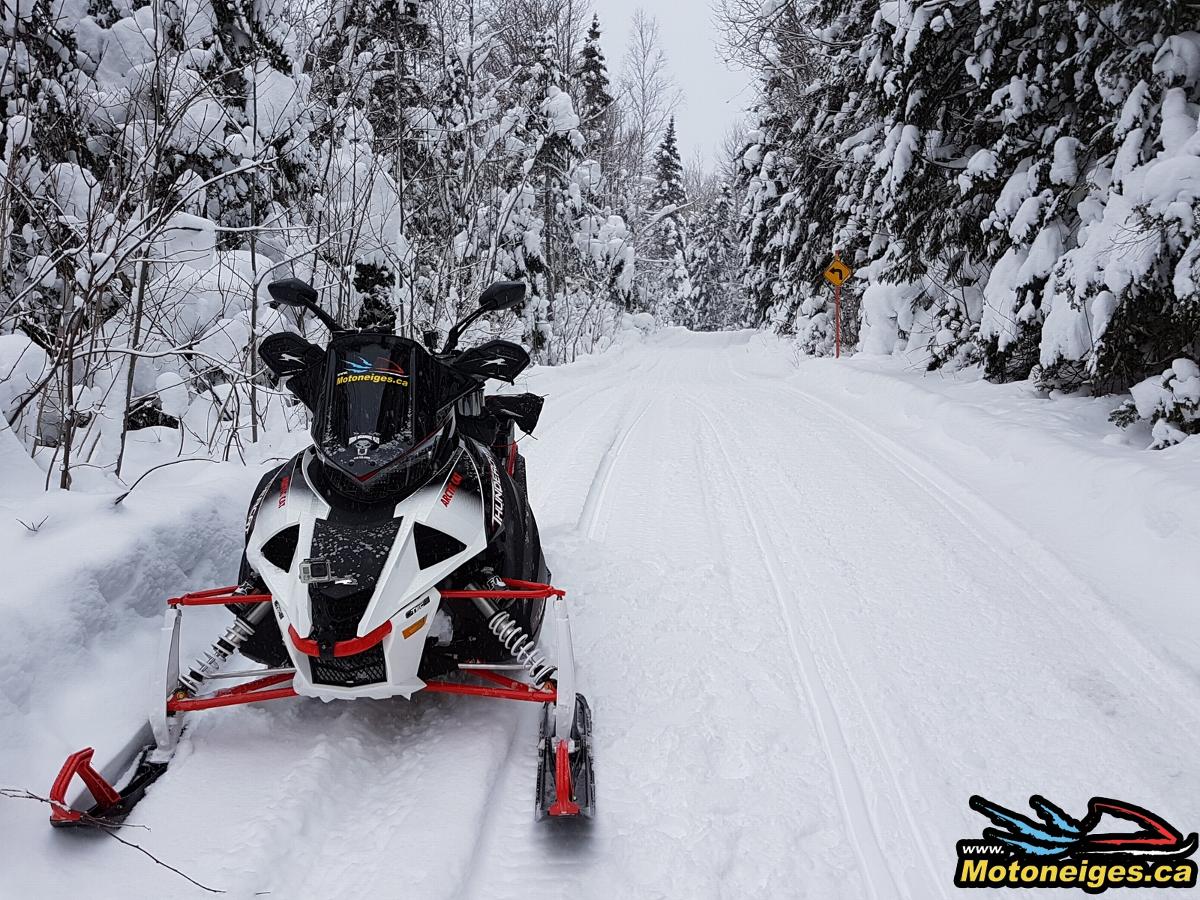 In spring 2016, Arctic Cat was shaking things up in the snowmobile world announcing the arrival of the new 9000 engine, the more powerful of the industry. This 3 cylinders engine turbocharged was manufactured by Yamaha during the supply partnership, putting to retirement the engine Z1.

Among the Arctic Cat 2017 models, there was the ZR 9000 Thundercat one, described by the manufacturer as the "King of the trails". During the last season, I had the chance to try this snowmobile and justify this title.

Even if Arctic Cat purists blame the model of not being available in green, I really appreciate the style and the Thundercat colors. The design of the new lateral panels and the design of the hood give a handsome look to this snowmobile. Also, they are very easy to remove and to replace unlike what we found before.

The first questions asked by people in trails or in relays were all about engine performances. I admit that the engine 9000 gives great results. If you are searching for a snowmobile with great accelerations, with immediate speeding up and able to reach high speeds, the Thundercat ZR 9000 is perfect for you. 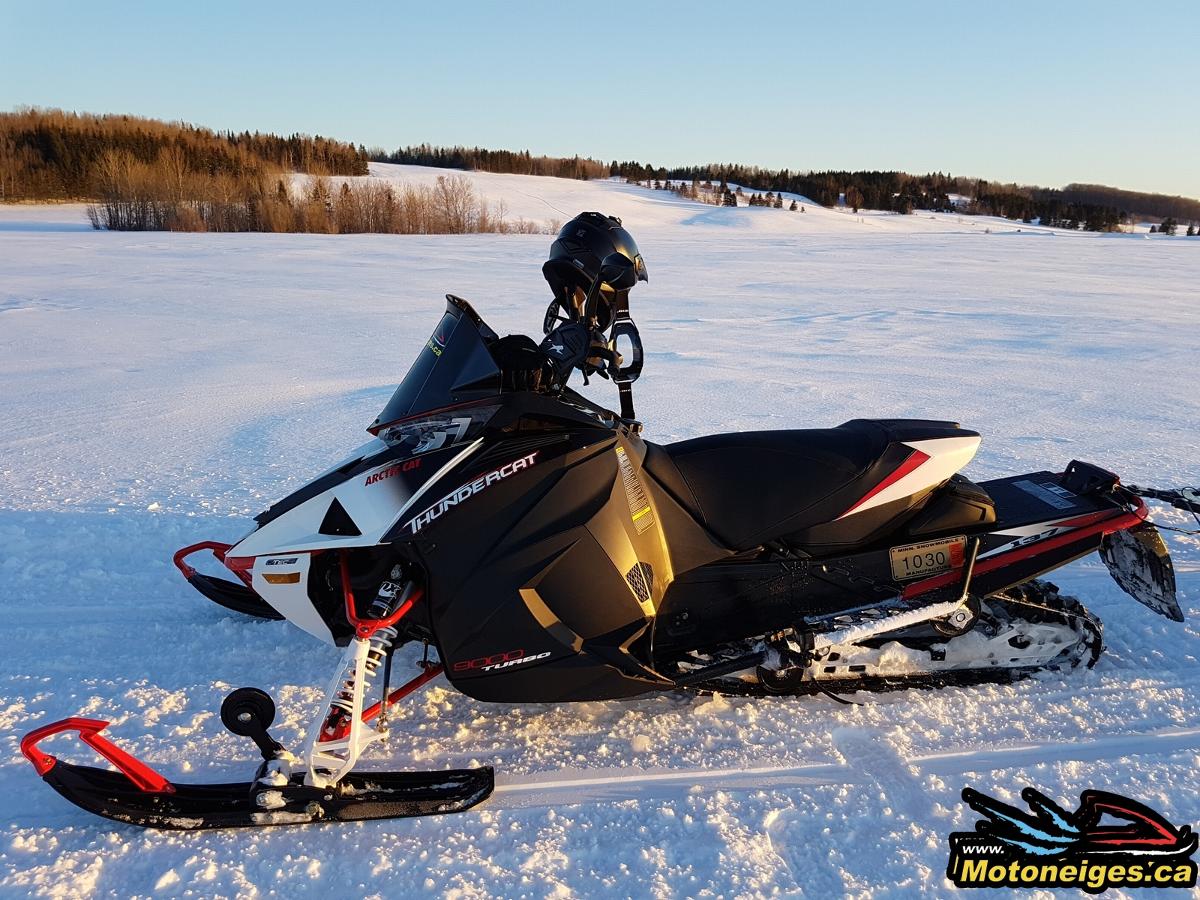 For me, it is not really the top speed that is interesting but how the engine delivers this power. That is what makes the difference in the comfort and the pleasure of riding long distances in trails. During my rides, I’ve always found the engine foreseeable by his progressive and sustained power pushes in all situations. The reaction time of the accelerator is almost immediate. If there was a pleasure tax on the trails, you would be certainly taxed while driving Thundercat.

As many 2017 Arctic Cat models, Thundercat snowmobile is equipped with new Team pulleys. The great characteristic of these pulleys is that they require no belt adjustment. It allows keeping an optimal belt tension and of course, has a positive impact on the belt lifetime.

Another important aspect, especially with a 200HP engine, is how it conducts in trails. Even if you’re driving a 4 stroke engine, I was very impressed by his ease and accuracy driving of the Thundercat. Actually, the machine weight isn’t calculated in the equation of driving a snowmobile on the trails. It is precisely this constant pleasure that kept a large smile permanently on my face.

For the comfort, the ZR9000 Thundercat suspension cushions efficiently in almost every condition encountered during the season. The machine stays foreseeable in small and big bumps routes and it allows to stay confident same in those conditions.  The Fox Zero QS3 shock absorbers are my favorite among all on the market. They provide three adjustment levels so you can easily switch from a level to another in few seconds. Simple and efficient.

The cockpit and the console are well-designed. Two elements could be improved: the reverse gear button and the possibility to change the dials display directly from the handlebar. The dials show many data easy to configure and customize according to our preferences.  The buttons on the handlebar are naturally aligned so you quickly get used to it. Even though heated handles and thumbs are very effective, they only offer two heating level so you need to pass very often from a level to another while driving. Manufacturer should offer 6 or 8 levels of intensity to increase comfort. 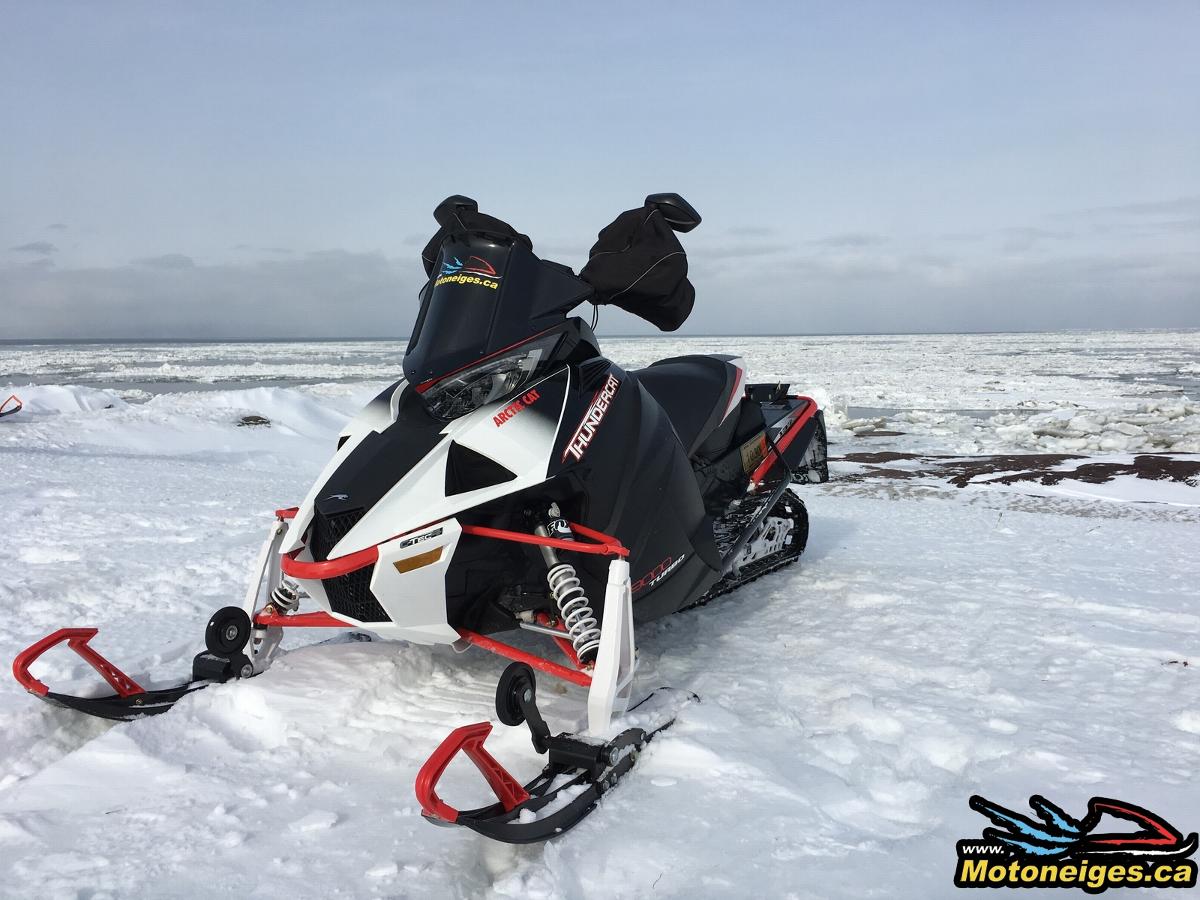 I drove the Thundercat many times in the evening and I particularly appreciated the efficiency of the headlight. It is a LED type one. It offers a large and intense light beam that greatly increases visibility while offering a security and pleasant night driving.

Thus, I can say that Arctic Cat ZR 9000 Thundercat 2018 is, in that moment, the King of the trails…Long life the King!

Finishing, I would like to thank the manufacturer Arctic Cat for making this test possible and the dealer JM Villeneuve of Amqui dealer who has maintained the Thundercat throughout the season.