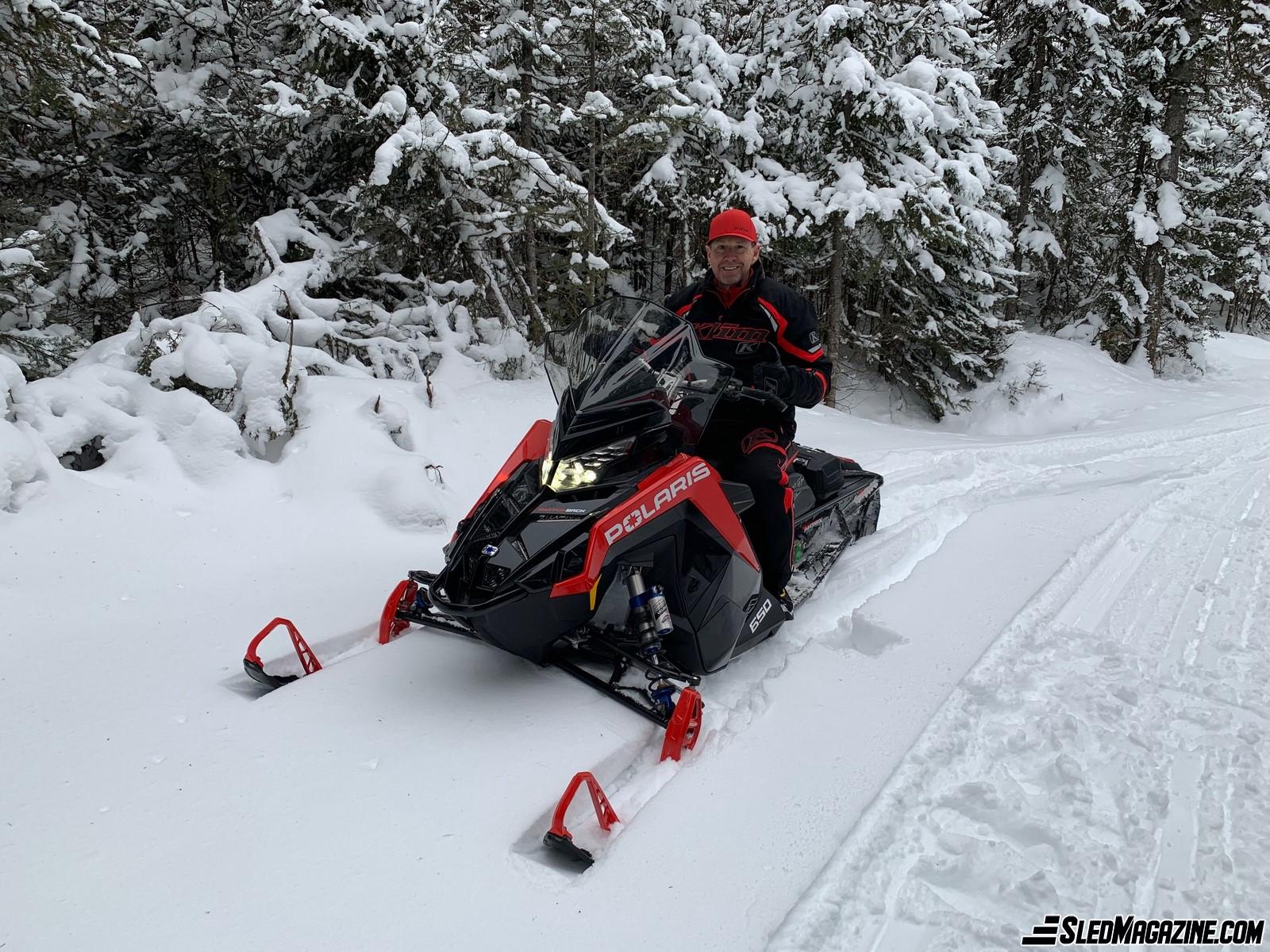 For 2021, the Minnesota-based manufacturer is introducing the new Matryx chassis, an evolution of the Axys platform introduced in 2016. Despite the great qualities of the Axys chassis that have been proven over the years, Polaris had to keep pace with the industry by offering a new version.

Let’s be clear, the new chassis is more an evolution of the Axys than a new platform, in my humble opinion, and so much better. Why start from scratch when you have a proven platform that is still dominant in the market?

Since the Matryx chassis was only available in a few models for 2021, I chose to go with the most versatile vehicle possible in order to be able to test the new platform in as many situations as possible. So, my choice quickly went to the popular Switchback series in the Assault 146 version.

Being a fan of new features in the industry, I opted for the new Patriot 650 engine, which is the little brother of the 850 introduced two years ago. Also available in several track versions, I bet on the new 2.0 crossover that will allow me to try the new chassis in deep snow with its 2-inch profile.

As I mentioned earlier, the Switchback Assault has been extremely popular in the last few years in Quebec because of its qualities on the trail as well as off-trail, which is not always easy with a 144-inch track. More length has been added for 2021, making it 146 inches long.

It remains a challenge for engineers with buyers who have high expectations of hybrid models. While we can easily agree that an extra two inches in deep snow won’t hurt, what about trail handling? Being a strength of the 144-inch Axys chassis model, we wouldn’t want to regress on this point.

On the engine side, the people at Polaris played the same trick as BRP when they launched the 850 engine. They changed the rules in one engine category by increasing its 600 class engine by 50cc, as was done with the 850. This increase in cylinder size allows for an amplification in horsepower as the 600 was essentially optimized in recent years for all manufacturers.

The danger of going further is to compromise reliability, which is no longer acceptable in today’s market. Therefore, this increase to 650cc allows Polaris to exploit more power and thus offer nearly 130 hp, according to some sources. It will be fascinating to see in the coming weeks if the manufacturer’s objectives materialize.

When you look at the new ergonomics of the Switchback’s hood and cockpit, the redesigned chassis seems to offer several improvements. The vehicle is narrower to the eye at knee level, which is confirmed by the technical specifications. In addition, the shape of the hood at the front has been designed to provide better air deflection, which should better protect the driver from the cold.

As for the seat, it has a narrow shape. The latter’s foam is firm in the center and softer on the sides, probably to promote weight transfer in sporty driving. The only shadow in the picture is that I opted for the mirrors mounted on the hood. They seem to be positioned incredibly low, which may be challenging to use on trails.

Looking at the suspension side of things, after several years of commenting on the Walker-Evans shocks’ stiffness, it’s safe to assume that Polaris has taken note of our requests and introduced new shocks. The effectiveness of the front suspension geometry at Polaris has been proven, and although the name has been changed to Matryx, we still have a tested formula for this aspect.

The significant change is the Walker-Evans’s new shock absorbers, the Velocity series. Same thing at the rear using these new shocks with the now well-known IGX suspension in the 146 version. According to the people at Polaris, we should benefit from more smoothness at the beginning of the shock’s run without losing capacity in big bumps.

A little neglected at another time by the American manufacturer, the accessories and the dashboard are now especially important for Polaris. In fact, they’ve just taken a massive leap with the new 7-inch touch screen that offers a multitude of possible configurations for the driver. In addition to the topographic and federated trail maps available on this new control panel, there is a wealth of information available in a layout that should be effective on the move.

New in the field, you can configure the heated handles and thumb in terms of temperature degrees. More precisely, we choose a personalized temperature to the nearest degree for each of the three options (Low-Med-High). I’m also looking forward to seeing the new LED headlights’ effectiveness at the front that looks really good.

We are now at the moment when I have to ride my first kilometers on this new sled. I love this kind of time when I get the chance, like this year, to test drive a completely new machine. It is a privilege to be able to see all the components one by one, but above all, to witness how they form, or not, a coherent whole on the snow. This is what I will experience in the coming weeks and that I will try to share with you in my next column. 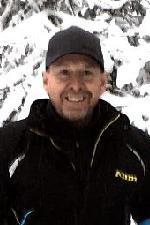 Marc Thibeault's passion for snowmobiling is not new. He drove his first snowmobile at the age of 5, on a frozen lake, to the great dismay of his parents. At 18, he already owned his own snowmobile. Two years later, he was practicing this sport more assiduously. For the past 19 years, he has been traveling thousands of kilometers each winter, but this has not prevented him from combining his knowledge of the Internet, his interest in business, his passion for snowmobiling and his family, and in 2002, he created Motoneigistes.com magazine, which is dedicated to this sport. Firmly believing in the need to unite the efforts of the various stakeholders in the field on the WEB, he merged the operations of the magazine with the Magazine motoneiges.ca (presided by Mr. Denis Lavoie) thus creating the largest French-speaking information portal dedicated to the sport of snowmobiling in America. It must be said that Mr. Thibeault has covered many different aspects of snowmobiling. In addition to his involvement in the snowmobile industry on the Web for over 20 years, he has previously worked as a volunteer, sector director and public relations officer for the Club de motoneigistes Saguenay. He was also a tourist guide for snowmobile trips organized for European groups. Finally, he has participated as a columnist and host in several radio and television programs devoted to snowmobiling. He is still the host of the AMS-Motoneiges program on Télémag. In terms of his professional career, Mr. Thibeault works as a senior executive in a major company in the Quebec City area.
Toutes les publications
PrevPrécédentWhat’s it like living in one of the snowiest towns in the US?
SuivantSki-Doo Tec+ REC Boots ReviewNext