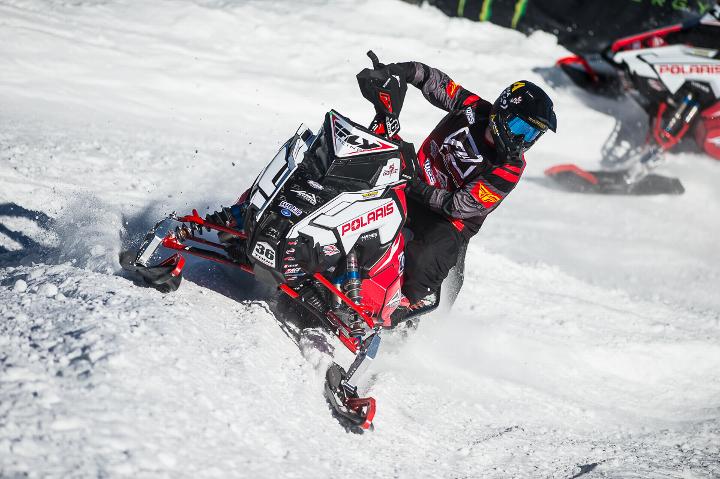 Todd got off to a strong start in the 20-lap final, coming out of the first corner in third, then holding off all challengers before steadily stretching his advantage to earn a spot on the podium and win a medal. The Otego, New York, racer finished ninth one year ago in his first Winter X Games final.

Except for the annual Winter X Games, the Polaris racers compete full-time on the ISOC National circuit. Todd, in just his second season of Pro Open racing, earned his first Pro Open podium finish on Jan. 22 in Deadwood, S.D., where he finished second in the final.

Alaska native Paul Thacker was a top snowmobile freestyle rider and was featured in several extreme riding videos before a riding accident in late 2010 left him partially paralyzed. He never lost his passion for snowmobiling, and he continued to ride and race. Everything fell into place for the Polaris rider on Jan. 28 as he finished second in Winter X Games Adaptive Snocross to earn an X Games silver medal.

He shared his excitement with friends and fans via social media, telling them: “After 9 years of X Games, all the hard work, sacrifice, dollars spent and days on the road finally came to fruition. Silver medal in SnoX today. Literally couldn’t be happier. Such an indescribable feeling of finally making it happen. So many people have been in my corner for so long, I can’t thank you all enough… Thanks to my family, immediate and extended. Wouldn’t have happened without you. Beyond excited.”

Before his injury, Thacker, now 42, had competed in the X Games in snowmobile events including freestyle, best trick, long jump, and speed and style. Plus, in 2009, Thacker was the first rider ever to jump at least 100 yards on a snowmobile, flying 301.5 feet on a Polaris 600 IQ®.