Debut in Bennington next stop for East Coast Snocross ,Presented by AMSOIL, Woody’s Traction and FXR

CLARKSBURG, Mass. (Feb. 22, 2016) — In the early 1990s, the sport of snowmobile snocross was in its infancy here in the northeast. Southern Vermont was a hotbed for the sport in those days, with Haystack Mountain hosting races and Mount Snow playing host to the famed Winter X Games.

The high-flying action of snocross is about to return to its roots, as East Coast Snocross (ECS) gets ready to go racing at Willow Park in historic Bennington on Saturday and Sunday, Feb. 27-28.

Spectator gates open at 10 a.m. each day. Admission is $12 per day for adults. Children age 7 and under will be admitted free with a paying adult. Pro qualifying will begin at approximately 11:30, with Finals for Pro Lite and Pro Open set for 3 p.m. each day.

Leading the charge into Bennington is defending champion and points leader Danny Poirier, of St.Theodore, Quebec. Poirier went five-for-five in the season's first half, winning every Pro Open final run in 2016. The five-time regional champion is on top of his game at 35, with no sign of slowing down any time soon.

Looking to challenge Poirier for supremacy is teammate Mathieu Morin, of Val-D'Or, Quebec. Morin has won at the national level and is a threat to win on any given weekend. Other challengers to watch include Chris Coleman, of Albany, NY; and foreign invaders Pieti Puhakka and Mikko Osmo, who are staying in western Mass. this winter as part of North Adams-based Team Southside/Polaris. 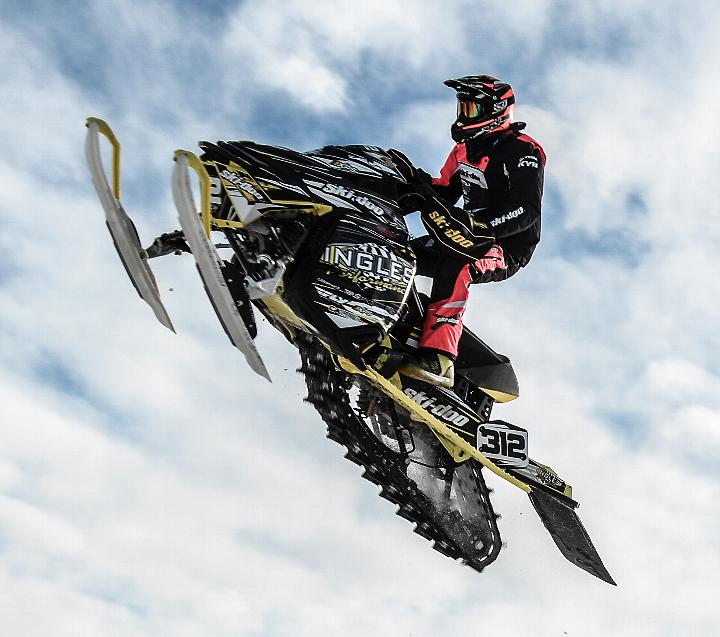 In the always-competitive Pro Lite class, defending champion Cody Paolella, of Wallingford, CT, is fighting some mighty stiff competition in 2016. Series newcomer Emil Hansson sat atop the point standings after five races, while fellow Constitution State native Connor Roscoe was just three points back ready to pounce. Scott VandeBorne, of Edmondville, Ontario, is also enjoying a strong debut season in ECS Pro Lite action this winter after making a name for himself on the CSRA circuit.

The third class veteran observers watch closely is the Southside Sales/Team Southside Sport division. Michael Newman has been the most consistent rider this season, holding a slim eight-point lead in Super Stock 600 Saturday races. He also holds a slightly-larger 17-point advantage (more) over Nicholas Edwards in Sunday battles, while it's Edwards atop the standings in overall weekend points.

Willow Park serves as Bennington's community park, and at just under 60 acres is large enough to handle a variety of functions. It includes picnic areas and pavilions, attractive playgrounds, a trail loop, playing fields and a connection to the multi-use path along East Road. It is the ideal location for a snowmobile race in southwestern Vermont.