Best choices in used sleds in 2006

Every autumn, we are receiving requests of several visitors in order to give our recommendations in the field of the used sleds. Several snowmobilers questions themselves with knowing: if I had to invest in a used machine, which one would be the best choice? People do not seek only the opinion of the brother-in-law, but rather a more objective opinion. Everyone has a brother-in-law like that? and we would not like necessarily to drive his sled or buy it.

This question is very delicate. Even if a machine relatively popular in the market, it remains that  the use and the maintenance of the last years are very important. Theses informations are not always clearly available.

And to do a little better than the brother-in-law in question, we used a certain framework. Initially, we chose to recommend two snowmobiles for each principal manufacturer. Why? Simply because there are several good machines. We also choose to limit ourself to two models per manufacturer.

Then, we called upon one of our specialists : Mister Jacques Turgeon. He called severals well inform people, among whom a certain number of mechanics from all the manufacturers and cumulating an  impressing number of years of experience. It is thus on the basis of experiment in path and workshop that we will present our recommendations to you.

To choose an used sled, it is finally as for any other vehicle of leisure. You have to make sure to choose the right kind of sled. If you spend 99% of the time in groomed trails, a Mountain sled would not be the best choice.

It is also for that that we did not want to limit us to only one choice. There is too many good motoneiges and of different needs to believe too much that only one choice to meet all the needs.

Finally, there is a great number of machines which are good and reliable even if they are not mentioned here. It is not because it is not mentioned in this article that a machine is not good. This being said, let us see our recommendations for each manufacturer.

The first model which comes out from our research here is Tundra 550 fan, a machine except path. It is here about a true animal of work offering two seats, a great reliability and power sufficient for the weight of the vehicle. The second model, it is the GSX 600 H.O. SDI. It acts in this case of a machine of path which is convertible in two places and which exists in some versions where the level of equipment varies according to designation. This motoneige with fact its evidence and small the bugs of the first years of the SDI was regulated since beautiful lurette.

When one makes it tower of the range Yamaha these last years, the first model which comes to mind, it is Viper 700. A machine of path with two-stroke engine conceived for one alone person. This engine which offers a great performance and it enjoy a legendary reliability. The second model to be mentioned at Yamaha, is Vector, a model in a place which is declined in a certain number of alternatives, and propelled by one three cylinders at four times of 1000 DC which develops 120 H.P.A its first year in 2005, no ?Claim? was recorded at Yamaha Canada during the season. Moreover, this Genesys 120hp gives a very effective recovery to several modes.

In the range of Polaris, one thinks immediately of the model 550 Touring fan. A machine of tourism propelled by one two times and offering two places. The Edge frame twinned with the Xtra12 suspension is exceptional on the level of comfort.  The other machine is also one two times, it acts of the XC 600. A machine of path offering a place and having proven reliable since several years.

And finally at Arctic Cat.

Side from Arctic Cat, the first machine that we retained is T660 Touring IT. It is a machine of tourism to engine four times offering two places. An exceptional control and a comfort with an engine which proved reliable. The other motoneige that we retain in the range Arctic Cat, it is ZR Panthera 800 EFI. It is here about one two times offering a place. When one seeks power, pleasure of leading and comfort, it is a motoneige which will not disappoint you.

Before jumping to the conclusions.

We retained these models on the basis of premise announced higher. Voluntarily, we chose two models per manufacturer. It does not matter the category or the type of engine. But while trusting much on the observations shared with the mechanics of the workshops in several dealers who them, can do a sampling of the motoneiges their returning less visits.

We do not have the claim to have made a study which is completely objective nor exhaustive. We rather put a little order in the remarks which one exchanges around a good beer – but while benefitting from the enlightened experiment of a significant number specialists in the medium.

Finally, one should not lose sight of the fact when you choose a worn motoneige that it is always necessary to be attentive in its state general. Pay a detailed attention to the state of the caterpillar, the mileage and the kind of use which in was made then finally with cleanliness and the state general of the machine. 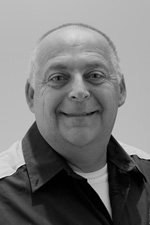